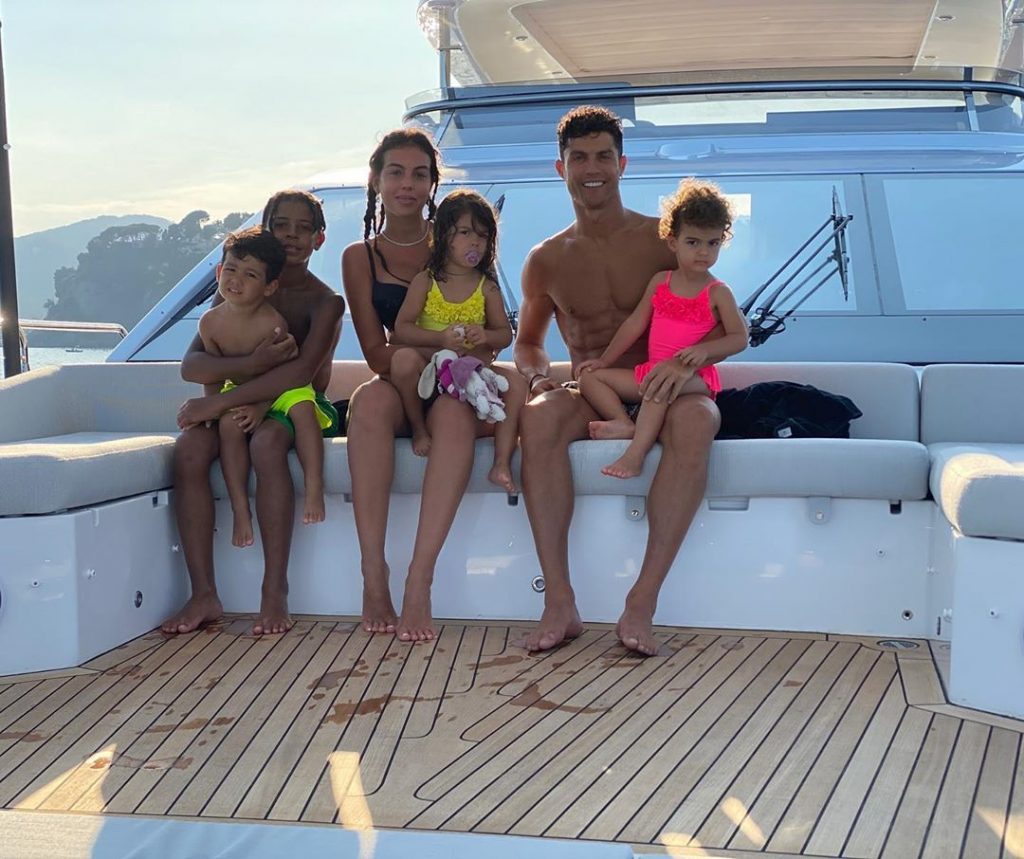 Cristiano Ronaldo has admitted that having sex with partner Georgina Rodriguez is much better than the best goal he has ever scored.

The Juventus superstar, 35, revealed that his favourite goal came when he scored a stunning overhead kick for Real Madrid against his current club in the Champions League in 2018.

During ITV’s Cristiano Ronaldo Meets Piers Morgan, Ronaldo hilariously suggested that not even that goal could compare to his experience with the 26-year-old Rodriguez in bed.

“I tried to score this goal for many, many years. I had scored 700-odd goals, but I hadn’t done this.

“I thought, ‘Finally I had scored a bicycle [kick], the beautiful jumping.’

“The way I had done against [Gianluigi] Buffon, against Juventus, in the Champions League. It was a beautiful goal.”

Ronaldo has been dating the Spanish model since 2016 and welcomed the birth of their daughter, Alana Martina, in 2017.

The five-time Ballon d’Or winner, who raises his three other children with Rodriguez, told Piers Morgan that he would marry her someday.

The ex-Manchester United and Madrid star scored his incredible bicycle kick in the first-leg quarter-final clash at the Allianz Stadium.

And the Portugal captain would later admit that the fans’ warm reception in Turin was a factor when it came to him signing for Juventus two years ago.

“When the people start to applaud me in the stadium I was like, ‘Wow,'” Ronaldo told DAZN.

“[It] surprised me a lot because this has never happened in my life, so [it] was [an] unbelievable moment.”

Ronaldo broke down in tears during the ITV interview when he watched a never-before-seen interview with his late father.

He also opened up about his desire to beat fierce rival Lionel Messi in the number of Ballon d’Ors won.