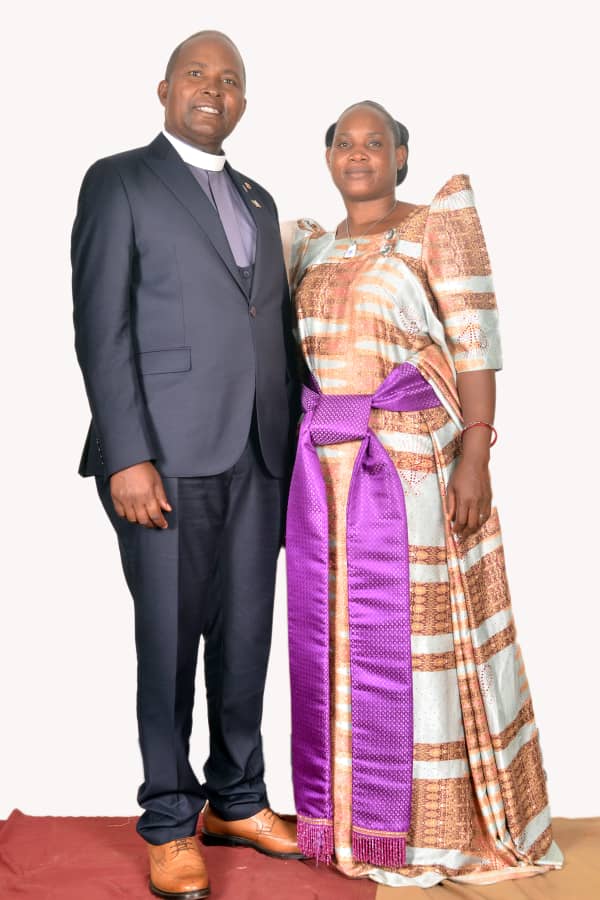 It was Moment of jubilation from the Mukono Diocese Christian community and family members of the re known Kagoddo family celebrated as the church of Uganda house of Bishops announced Rev. Ven. Enos Kitto Kagoddo as the new Bishop of Mukono Diocese.
Rev. Ven Kagoddo is a son to Paul Kalule Kagoddo a former leader of Uganda Freedom Movement, UFM a rebel group that operated in the districts of Buikwe and Mukono in their quest to overthrow tyrant Milton Obote in the early 1980s.
Later Kagoddo snr. joined his forces with that of the national resistance movement, NRA under the leadership of the current president, Yoweri Museveni Kaguta and they deposed Obote.
At Nangwa village, is the country home for Kagoddo, here Ruth Kibirige the 98 year old mother of the Bishop said that really God has rewarded her, for she has struggled to raise fees for Kagoddo because she had lost her husband.
Speaking to Harriet Nantumbwe a Christian, she expressed joy and he thanked God for answering her prayers. She continued to stress that the new Bishop will push forward with the developments of the diocese in place.
Christians prayed to God to use Kagoddo to counter face the challenges he has inherited like the land question, most especially in the areas of Nakanyonyi, Kisowera and Kilangira where the church is in running battles with the bibanja holders.
“As a Christian I believe that God does not make mistakes, he has chosen a perfect Bishop for the people of Mukono diocese” Said Nantumbwe.
Rev. Canon Enos Kitto Kagodo is now the fifth Bishop of Mukono Diocese. He will be consecrated and enthroned as Bishop on February 26, 2023 at St. Philip’s and Andrew’s Cathedral, Mukono
Mukono Diocese was established in 1984, with Livingstone Mpalanyi Nkoyoyo as the first Bishop, then Micheal Senyimba, Luzinda, James William Ssebagala now Enos Kitto Kagoddo.
The former Nangwa village Chairman now Bishop was Born on 13th December 1968 and studied in a very miserable Namuyenje P/S in Nakisunga Sub-county
He earned a Master of Divinity degree at Uganda Christian University last year, He has been the Provost of St. Philip’s and Andrew’s Cathedral in Mukono. he has served as a parish priest, Archdeacon, and Diocesan Health Coordinator.