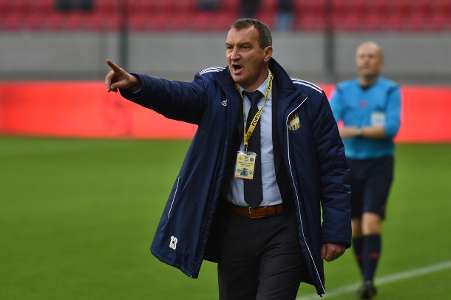 The Hungarian coach will take over from Owen Coyle who had led the side to the ISL final last season before joining Jamshedpur FC.

The 56-year-old has managed a number of Hungarian outfits including Ferencvaros and has also coached Uganda and Lithuania national teams. He has also been in charge of Scotland‘s Hearts (2008-10) and Dundee United in the 2017-18 season where he managed to lead them to the third spot in the Scottish Championship.

He was last in charge of Romanian outfit Sepsi Sfântu Gheorghe.

Interestingly, Laszlo was also part of the Hungarian national team set up in 2004 when he was named as assistant manager to German legend Lothar Mathaus. It must be noted that Laszlo had a successful time as Uganda’s coach between 2006 and 2008.

Under his guidance, Uganda jumped from 181st to 91st in the FIFA rankings and even beat rivals Nigeria and Angola for the first time in their history.

The Hungarian coach will hope to replicate the success the club had under Coyle last season. The club have retained the likes of Rafael Crivellaro and Eli Sabia from last season apart from key Indian players like Edwin Vanspaul, Lallianzuala Chhangte, Anirudh Thapa, Vishal Kaith etc.