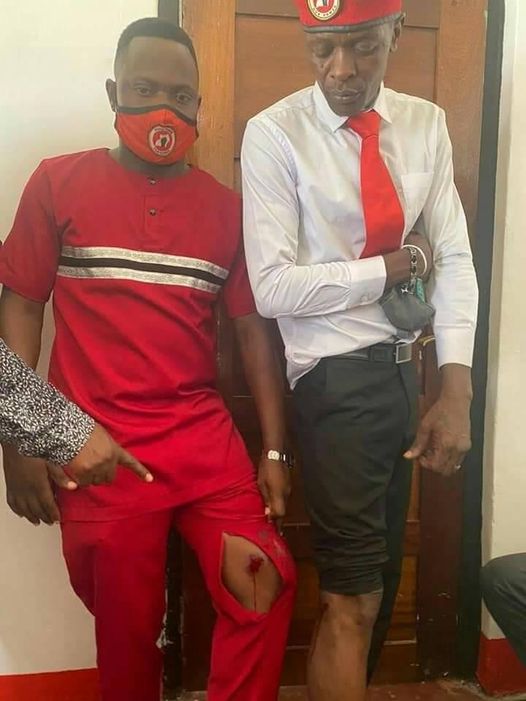 Singer turned musician Joseph Mayanja alias Jose Chameleone, who is contesting for the Kampala Lord Mayoral seat in the 2021 elections, is nursing wounds after being clobbered with his supporters on Tuesday as he tried to open his campaign offices along Balintuma Road, in Kampala.

Chameleone, who is contesting for the said position on the National Unity Platform (NUP) ticket, although he is a Democratic Party member, sustained wounds during a scuffle that erupted as police dispersed a crowd of his  supporters who had gathered at the function.

The anti-riot police that had been deployed at the venue used teargas, rubber bullets and batons to violently disperse Chameleone’s supporters leaving many of them with injuries.

However, the police accused them of not following the Standard Operating Procedures (SOPs) meant to curb the spread of COVID-19, among which is avoiding crowded places and keeping social distance.

It should be noted that President Yoweri Museveni recently directed the Police to arrest any politician who organises a function without following the health ministry guidelines because such actions are rife for spreading COVID-19 and hence tantamount to the crime of Attempted Murder.