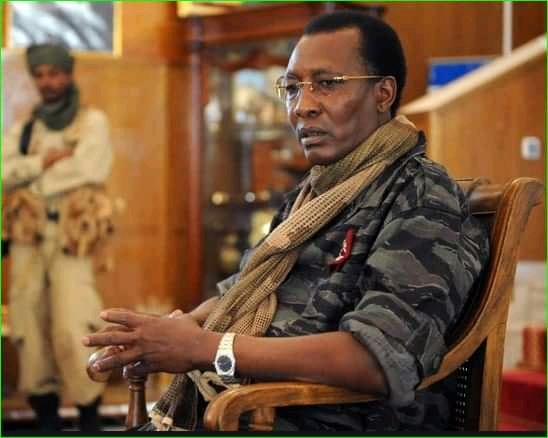 According to a confirmation from the national army of Chad read on national television, the newly re-elected President Idriss Déby has died of wounds he received while commanding his army in battles against rebels in the north.

In a swift change of fate, after news had come in that Chad’s veteran president, Idriss Déby had won a sixth term, by 79.3%, in the latest provisional results in on Monday, an announcement broadcast on national television today has announced his death.

According to the army spokesperson, Général Azem Bemrandoua Agouna, the military had been pushed back by a column of insurgents who were advancing on the capital, N’Djamena.

Déby, was expected to give a victory speech after receiving the provisional results, but opted instead to visit Chadian soldiers on the front lines, said his campaign director Mahamat Zen Bada.

According to one report, the soldiers were attacked by militants from the Front pour l’Alternance et la Concorde au Tchad (FACT) (Front for Change and Concord in Chad) who had arrived from their base in Libya and had entered Chadian soil on 11 April. Their stated goal was to rid the country of Déby’s 31 years of power.

Mahamat Mahadi Ali, the rebel leader of FACT, said Déby had attended the battle on Sunday and Monday (18 and 19 April), where the fighting was taking place in the centre-west of the country, near Nokou in Kanem. Déby was reportedly wounded on the battlefield on Sunday, and was then flown to the capital 400km way by helicopter.

For now,  the constitution has been suspended. A military council will take over in the interim, under the leadership of General Mahamat Kaka, the son of the fallen Idriss Deby. This temporary government should remain in place for 18 months.

His son has been a general in the Chadian army and for many years headed the (DGSSIE) General Directorate of Security Services for State Institutions, which includes the presidential guard.

His new role as President of the Transitional Council will make the 37 year-old Mahamat the youngest head of state on the continent.