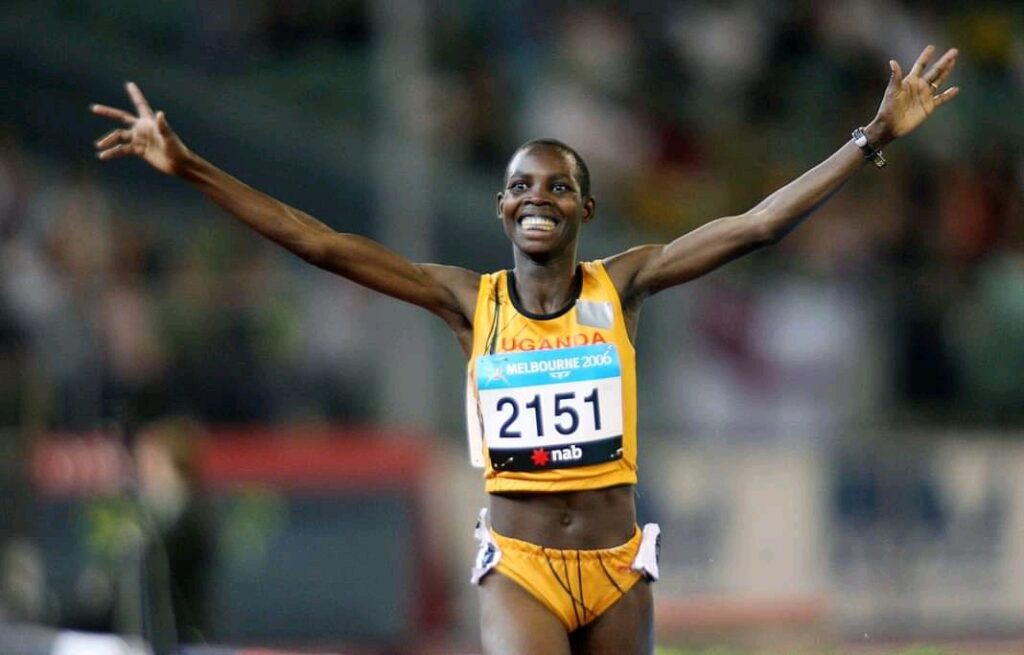 Dorcus Inzikuru Uganda’s medalist in athletics Dorcus Inzikuru is in tears after  Arua City physical planners ‘red’ marked her house to be demolished to create space for the new road in the area.

Dorcus attained this house as a reward from the government following her heroic performances in the inaugural world title women’s 3000m steeplechase in 2005. She won gold at the competition after 9:18.24 and ended Uganda’s 33-year wait for an athletics world title.

“I still have the letter but other documents are with the district municipal council,” tearful Inzikuru said.

The long distance runner explained that the house is not on plan as per the municipal council and at the moment her neighbours need an access road which means her house has to be put down.

“The new City replanned structures have cut through my plot for the access road. I therefore request the President to intervene personally, if he can give directives to the Town clerk of Arua town council to relocate the road not to pass in the plot,” she said.

Inzikuru also called upon the President to help her get the car she was promised 13 years ago.

Inzikuru grew up in Vurra, in Arua District, the daughter of an Anglican priest. Her parents were both talented athletes, but did not compete internationally. She was the third of eight children.