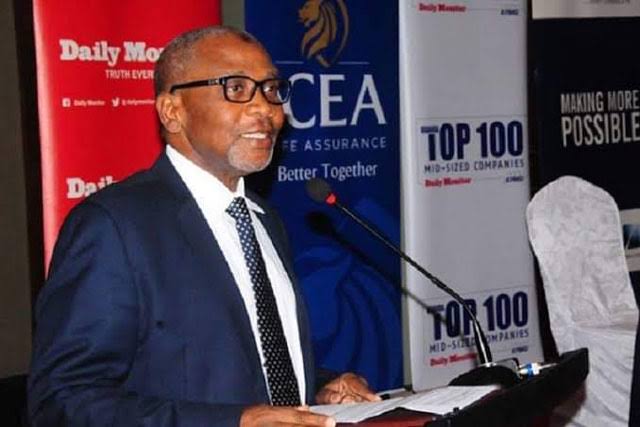 A big blow to the Moslem community and the country altarage, as re known City business man and Hotel africana proprietor Bulaim Muwanga Kibirige has been pronounced dead.
BMK had been battling cancer for some time before his death. He was admitted to a hospital in Nairobi, Kenya, for some time, before he died there on 10 September 2021, at the age of 67.
A few years back, BMK was diognised with cancer by his his doctors in Bangkok and he was told that he had two years to live.
BMK started with the 40-room motel Hotel Africana, on Kololo Hill, which is within Kampala’s central business district. During the next decade, the hotel grew into a four star establishment
He owns a fleet of hotels and other businesses with in Uganda and outside countries like Tanzania, Kenya, Zambia and etc
The primary seven drop out was Born in Masaka in 1953, he started business by helping his father in the coffee plantation, then later selling general merchandise and travelling to DR Congo to trade in clothes