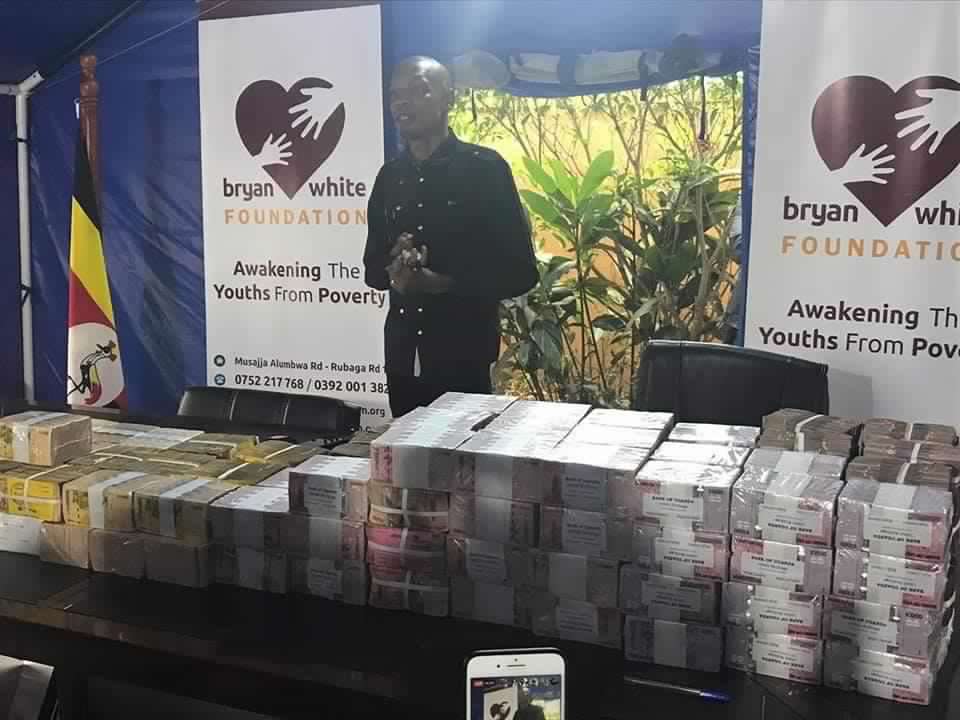 The question remains whether Brian White will be now produced in the courts of laws to answer rape charges or not.

The ailing socialite former tycoon Brian Kirumira, aka Bryan White, is in trouble as the Bryan White Foundation license has been deregistered.

The development of cancelling out the Foundation license follows the owner’s recent sexual abuse allegations that he is involved in.

The National Bureau for NGOs has cancelled the permit and the registration of Brian White Foundation, an NGO whose founder has in the past been criticized for sexually abusing young women who worked at the organization.

Speaking to reporters at the Uganda Media Centre in Kampala today, Patrick Onen Ezaga, the senior communication officer of the NGO Bureau said that they had received a letter from the vice-chairperson of parliament’s human rights committee complaining about Bryan White’s action, prompting the bureau to investigate the organization which was registered in January 2019.

According to Patrick Onen, the Communications Officer NGO Bureau, their investigation found that the organisation had no office, and had never been registered as an accountable entity with financial intelligence authority, in regard with the anti-money laundering act 2013.

They henceforth concluded the foundation is a sham and with hidden motives. The Bureau revoked its permit of operation and cancelled its certificate of registration going forward.

Brian White Foundation that was registered on 22nd January 2019 with Brian Kirumira popularly known as Bryan White as its founder.

Finally, when the board wrote to Kirumira to furnish an explanation of the Foundation’s operations, the letter went unanswered since July 22nd this year. The Board this decided to withdraw the operating permit and cancel the registration of Bryan White Foundation.

“Therefore the existence of Bryan White Foundation as an organisation recognised by the NGO Bureau ceases with immediate effect. The other concerns raised against Mr Bryan Kirumira as an individual will be handled by appropriate organs since there is a distinction between alleged actions of Mr Kirumira Bryan as an individual and the illegally registered foundation,” added Ezaga.

The question remains whether Brian White will be now produced in the courts of laws to answer rape charges or not.