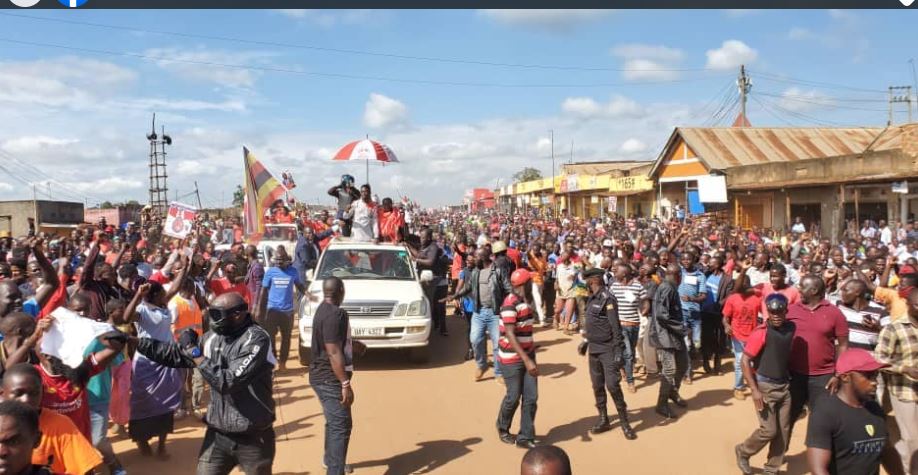 Bobi Wine, who had been expected to have spent the night at home in Magere, surprised police after he  kick-started his campaign early morning in parts of Buikwe District, where his climax fally in Nakifuma town attracted thousands of his supporters.

From Nakifuma he is expected to continue to Lugazi and nearby areas, after which he will hold a massive rally in Mukono town.

However, we have learnt that the police and military have deployed heavily in areas of Mukono, especially Goma Division, in a bid to disperse Bobi Wine supporters so that they do not distract traffic on the along the Mukono-Jinja Road.

We shall keep you updated as details trickle  in, watch this space!