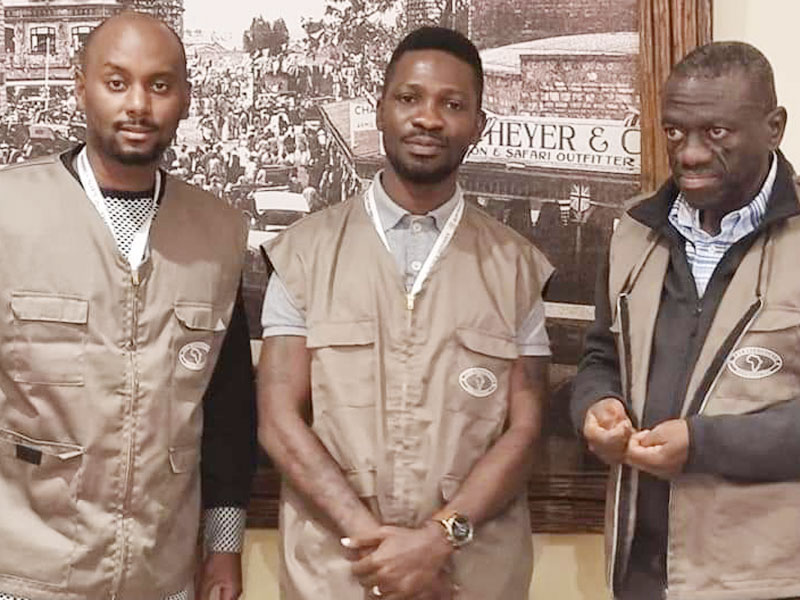 The leader of the National Unity Platform (NUP) Robert Kyagulanyi alias Bobi Wine and the leader of People’s Front for Transition, Dr. Kizza Besigye are in Kenya to observe elections.
Kenyans head to the polls on August 9, 2022 (tomorrow) to elect a new president and his deputy, governors, senators, members of the national assembly, and members of the county assembly.
The two opposition players are amongst the delegation of prominent African leaders that have been invited as special election observers in the looming Kenyan polls.
“In Nairobi with other African leaders for the election observation mission courtesy of the Brenthurst Foundation,” Kyagulanyi tweeted.
As part of their mission to observe the election, Kyagulanyi said he was glad to meet with and interact with presidential candidate Raila Amolo Odinga.
“Another part of our team yesterday met with presidential candidate William Ruto. Wishing the great people of Kenya, a free, fair, credible and peaceful election,” he noted.
The secretary general of NUP David Lewis Rubongoya whose part of the Ugandan delegation to Kenya said they are meeting various stakeholders including presidential candidates,
Bobi, and Besigye have on several times protested the manner and conduct of elections in Uganda.
Besigye, on his part, believes that elections in Uganda cannot remove President Museveni because he has mastered the art and craft of rigging them.
The contest is between the president’s erstwhile ally Ruto and 77-year-old former opposition leader Odinga, who now has the backing of Kenyatta.