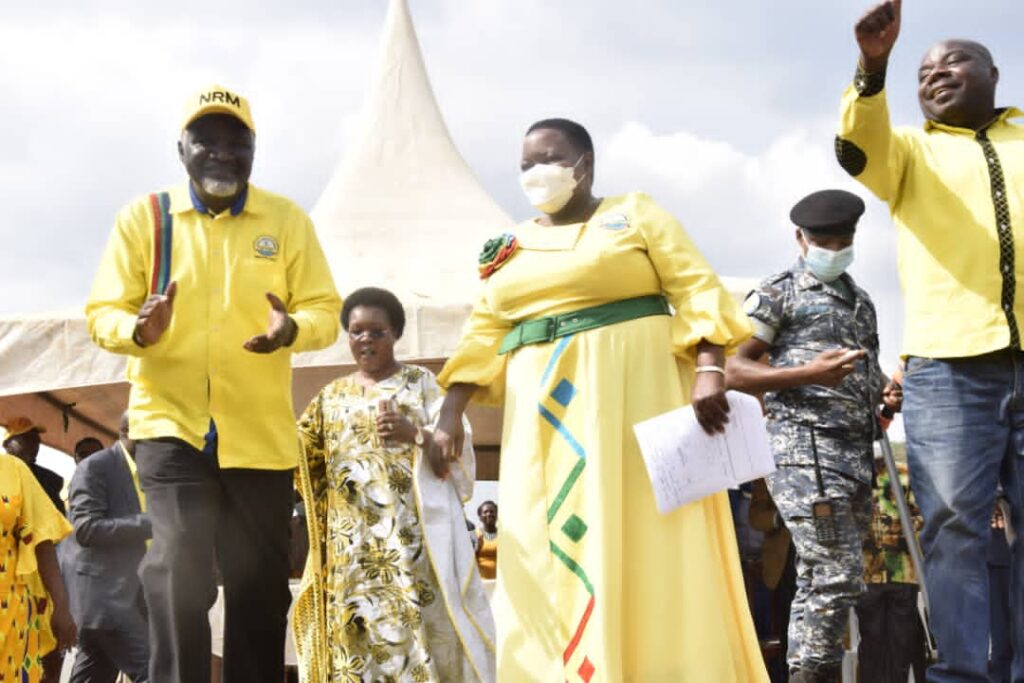 Prime Minister Robinah Nabbanja on Sunday boosted the campaigns of the NRM flag bearer, Eddie Kwizera Wa-gahungu ahead of this week’s Bukimbiri by-election.
During one of the rallies, Nabbanja rallied the locals to support Kwizera.
“The president has sent his gratitude to you the people of Kisoro for supporting his long term tenure at the helm of the country,” she said.
“I request for your company as we traverse house to house, village to village to ensure that no stone is left unturned in our bid to win ahead of the voting showdown.”
The NRM deputy National Treasurer, Jacqueline Kyatuheire urged voters to send Kwizera back to parliament if promises and pledges of government outlined in the manifesto are to be fulfilled.
“in his first year, Kwizera has lobbied government on service delivery like; health services, road infrastructure, and electricity connectivity. That shows he is a good choice for Bukimbiri. Please ensure he returns to parliament,” Kyatuheire said.
In his submission, Kwizera encouraged electorates of Bukimibiri County to vote for NRM, the tried and tested party on addressing people’s concerns and interests.
Also present on the campaign trail was; State Minister for Finance in charge of General duties, Henry Musasizi, and Sarah Mateke Nyirabashitsi, the State Minister for Children and Youth Affairs, among others.