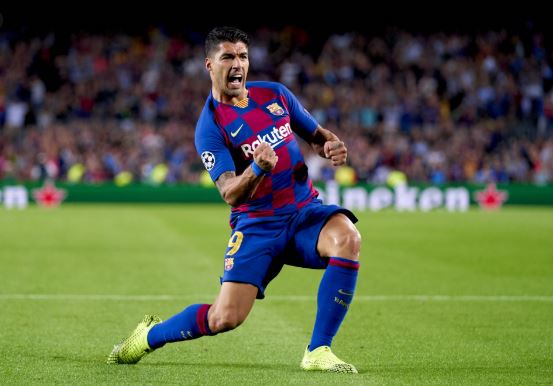 Luis Suarez has received an offer from David Beckham’s franchise Inter Miami to go and play in the MLS.

Beckham’s club have now assembled a full squad and played their first game in March this year, losing 1-0 to Los Angeles FC.

They’ve got two designated players in their ranks in Rodolfo Pizarro and Matias Pellegrini but are keen on acquiring a big name, with Mundo Deportivo reporting the club submitted an offer to the Barcelona striker.

Interest in the Uruguayan has been documented previously, with a four-year deal and sizeable salary said to have been on the table last year.

Suarez would be a huge addition that would also cater to the large hispanic community in Miami, however the 31-year old looks set to remain at Barcelona for the time-being.

The former Liverpool man showed no signs of slowing down in 2019/20 with 19 goals and 12 assists, and he will trigger a 12-month contract extension should he feature in 60 per cent of the Blaugrana’s games next term.

Still, having been earmarked as the club’s top target, it could mean that Inter simply wait until Suarez finishes his contract with Barca and becomes available on a free transfer.

Since making a £74 million switch to Barca in 2014, Suarez has gone on to score 196 goals in 218 appearances – winning four La Liga trophies, four Copa del Reys and the Champions League.