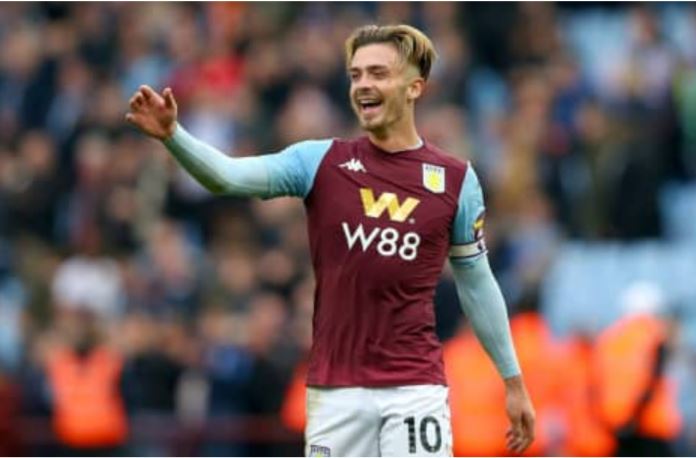 Aston Villa won’t sell Jack Grealish for at least £80 million, after the midfielder kept them in the Premier League on the final day of the season.

Grealish’s future has been in question all season, with his performances for struggling Villa suggesting he could have a bright future in a top club.

He has been strongly linked with a move to Manchester United but the selling club’s valuation of the midfielder could put them off.

The 24-year-old is thought to want to leave his boyhood club in order to chase silverware and secure a place in Gareth Southgate’s England squads, especially with the Euros delayed till next summer.

However his goal against West Ham on the last day of the season, his ninth of the league campaign, guaranteed the west Midland club’s stay in the top tier for next season and made a move less likely.

After the match manager Dean Smith joked that Grealish’s future lay in getting drunk with the manager and then warned possible suitors, saying, “We have billionaire owners and if people want him he’s going to cost an awful lot of money.”

That is set to be the case with Maguire now seemingly the yard stick. Whilst the defender may have had England experience and an impressive World Cup behind him, the attacking midfielder, who can also play out wide, is valued so highly because attacking players tend to cost more.

United’s need for the Villa captain may have reduced in recent months after the signing of Bruno Fernandes and the return to form of Paul Pogba.

The money would be a huge outlay for Ole Gunnar Solskjaer’s team for a player who may not start every week and the Red Devils’ main priority in the transfer window is likely to be Jadon Sancho.

According to reports on Monday, the Premier League club, who secured their spot in next season’s Champions League on the final day of the league season, have already had an £89 million bid rejected for the Borussia Dortmund forward.

Pep Guardiola is also believed to be a fan of Grealish and David Silva’s departure could lead to Manchester City making a move for the English midfielder.

However, it’s far more likely that youngster Phil Foden is given a prominent role in the first team to replace the Spaniard, and Guardiola’s priorities are likely to lie in defence.