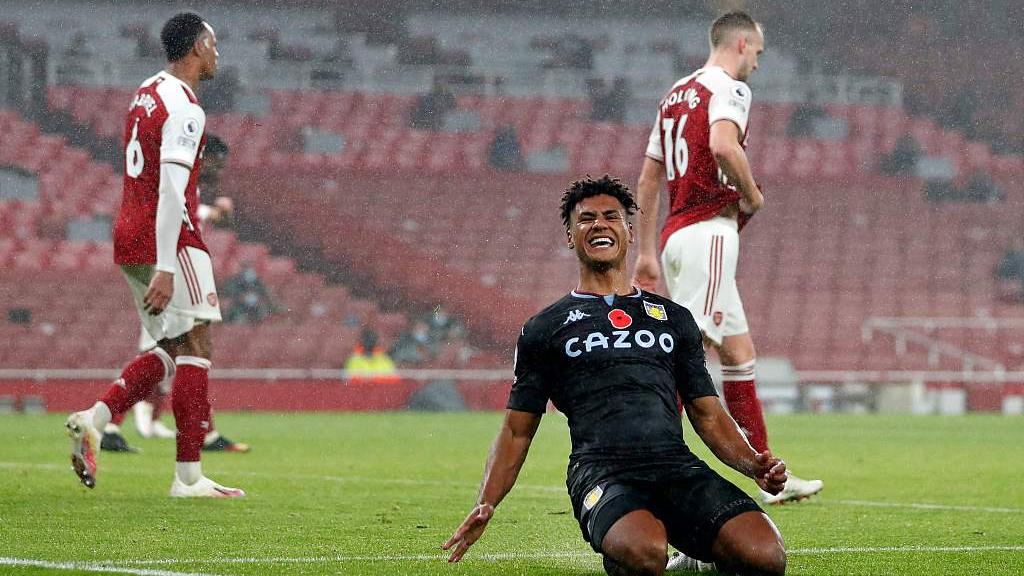 Liverpool’s hopes of returning to the Premier League summit were frustrated as they fought out a high-quality draw at Manchester City, while both Arsenal and Real Madrid suffered unexpected defeat on Sunday.

Manchester City were left to rue Kevin De Bruyne’s missed penalty as Liverpool escaped from the Etihad Stadium with a point for the first time in four seasons after a 1-1 draw.

A flying start from the Reds was rewarded with Mohamed Salah’s 13th minute penalty, but Gabriel Jesus leveled for Pep Guardiola’s men before De Bruyne failed to hit the target from the spot three minutes before halftime.

A share of the points between the sides that have combined to win the title for the past three seasons leaves Liverpool in third just a point off the top, while City sit five points further back in 12th but with a game in hand.

City had won 4-0 when the sides last met in Liverpool’s first game as English champions for 30 years in July, and the Reds started with an intent to make amends.

Diogo Jota retained his place after a stunning start to his Liverpool career, including a hat-trick in Tuesday’s 5-0 Champions League demolition of Atalanta.

However, Jurgen Klopp did not sacrifice Roberto Firmino for the Portugal attacker and instead named a front four also including Salah and Sadio Mane.

Klopp’s brave approach paid off in a blistering start from the visitors. Ederson rushed off his line to deny Jota inside the first minute, but the Brazilian was beaten on 13 minutes by Salah from the penalty spot after Kyle Walker upended Mane.

City, though, managed to compose themselves after going behind and pick the holes in the two-man Liverpool midfield that Klopp’s attacking approach left exposed.

Raheem Sterling should have squared to Jesus instead of going for goal as Alisson Becker blocked from the England international.

But Jesus showed why City have missed a natural striker for most of the season with both he and Sergio Aguero sidelined by injury with a stunning finish to level on 31 minutes.

City were now in the ascendancy as De Bruyne drilled a low shot inches wide, but the normally brilliant Belgian let Liverpool off the hook just before halftime.

Joe Gomez was penalized for handling inside the area after a VAR review. But De Bruyne missed his first penalty for four years when he pulled his spot-kick wide of the target.

The English champions nearly made the most of that reprieve straight away as Ederson had to save at his near post to deny Alexander-Arnold restoring Liverpool’s advantage.

The second period failed to match the thrilling end-to-end pace of the first.

Jota tested Ederson again early in the half, but it was City who took more control and had the better openings as the game ended in a tie.

Aston Villa stormed into sixth in the Premier League as Ollie Watkins scored twice in a comprehensive 3-0 win over Arsenal at the Emirates.

Villa had lost their last two matches after a stunning start to the season that included a 7-2 thrashing of Liverpool a month ago.

But Dean Smith’s side did not look like a team lacking confidence as Arsenal struggled to cope with the movement of Grealish, Barkley and Watkins.

Barkley’s pass freed Matt Targett down the left and his cross was turned into his own net by Saka as he desperately tried to stop Trezeguet from applying the final touch.

Alexandre Lacazette wasted Arsenal’s best chance to get back into the game when he wastefully headed over Kieran Tierney’s cross just before halftime.

Villa remained the bigger threat in the second-half as Bernd Leno was forced into saves by Trezeguet and Grealish.

The visitors finally killed the game off as a contest 18 minutes from time when Watkins – who scored a hat-trick in the famous win over Liverpool – headed home Barkley’s excellent volleyed cross.

Ceballos saved Arsenal moments later when Grealish seemed set to get the goal his performance deserved.

A brilliant counter-attack then did give the scoreline the reflection Villa deserved as Grealish drove forward before feeding Watkins to fire past Leno.

Elsewhere in La Liga, Real Madrid were thrashed 4-1 at struggling Valencia as Carlos Soler scored a hat-trick of penalties to raise further doubts over the league’s reigning champions.