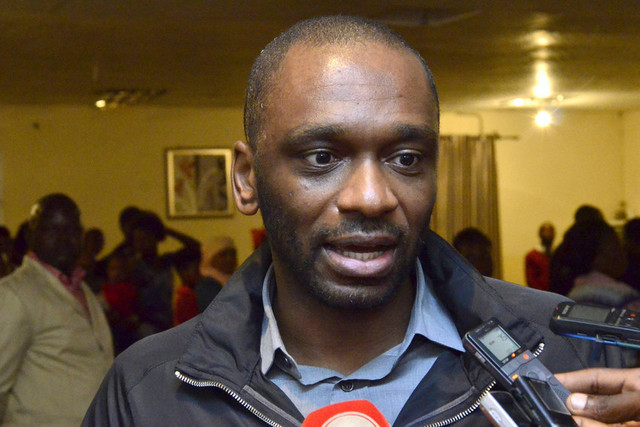 Angola’s Supreme Court has handed a five-year jail sentence to Jose Filomeno dos Santos, the son of the oil-rich country’s former president, for fraud when he headed the national sovereign wealth fund.

Dos Santos, 42, was summoned before the court in December over allegations he tried to embezzle up to $1.5 bn from the sovereign wealth fund, which he oversaw from 2013 to 2018.

Nicknamed “Zenu”, dos Santos, son of ex-President Jose Eduardo dos Santos, was charged with stealing $500m from the fund and transferring it to a Swiss bank account.

“For the crime of fraud … and for the crime of peddling influence … the legal cumulus condemns him to a single sentence of five years in prison,” judge Joao da Cruz Pitra said on Friday.

Three co-defendants, including the former governor of the National Bank of Angola (BNA), Valter Filipe da Silva, were sentenced to between four and six years in prison for fraud, embezzlement and influence peddling.

All four were acquitted of money laundering charges. They have previously denied any wrongdoing.

Zenu is the first member of the former presidential family to be prosecuted as part of an anti-corruption campaign led by President Joao Lourenco, who came to power in 2017.

She is being probed for a long list of crimes in Angola, including mismanagement, embezzlement and money laundering during her stewardship of the state-run oil giant Sonangol.

Lourenco has mainly targeted the family members of his predecessor, who appointed relatives and friends to key positions during his 38-year rule – leaving a legacy of poverty and nepotism.

Isabel has vehemently denied the accusations against her and denounced Luanda’s actions as a politically-motivated “witch-hunt”.

Only a small elite have benefitted from Angola’s vast oil and mineral reserves.

The southwest African country has been slow in recovering from a 1975-2002 civil war. Large pockets of the population live in poverty with limited access to basic services.

Who Is Jose Filomeno de Santos ?

Jose Filomeno de Sousa dos Santos (born 9 January 1978) is an Angolan businessman, and the son of Angola’s former President José Eduardo dos Santos, who ruled the country from 1979 to 2017. He was the chairman of Fundo Soberano de Angola (FSDEA), Angola’s sovereign wealth fund, was appointed to the board in 2012, and succeeded Armando Manuel as Chairman in June 2013.

Following the election of President João Lourenço, dos Santos was dismissed from his position before the end of his term. Somecriticised it as a move to remove powerful figures connected to the previous president. His sister Isabel was also removed as head of the state-owned oil company Sonangol Group, which the International Monetary Fund in 2011 asked to account for a missing US$32 billion. The country derives about 60% of its revenues from oil.

Following his dismissal, Dos Santos was arrested in connection with the authorisation of a transfer of $500 million to a British bank, which froze the funds, among other charges of “criminal organization, illegal enrichment, money laundering and corruption”. He was released in March 2019.

The transfer is reportedly part of negotiations for a $30 billion concessional lending facility for Angola, the money being returned to the country’s central bank.

The move to criminalise the loan negotiations with foreign lenders is seen as a means to undermine the political clout of the previous administration with the populace while at the same time shore up support for the new administration within the ruling party MPLA. The case has revealed the existence of a previously unheard of political tug-of-war in a country under political transition.

In August 2013, dos Santos was ranked at number 26 out of the top 100 wealth fund chiefs in the world. The rankings are an annual measurement process run by The Sovereign Wealth Fund Institute and display a desire to diversify the economy of a nation highly dependent on its petroleum exports.

Dos Santos appeared on 9 December 2019 before the Supreme Court in Luanda, the capital, along with three co-defendants, who are also accused of money laundering and embezzlement, one of which is former governor of the central bank Valter Filipe da Silva.