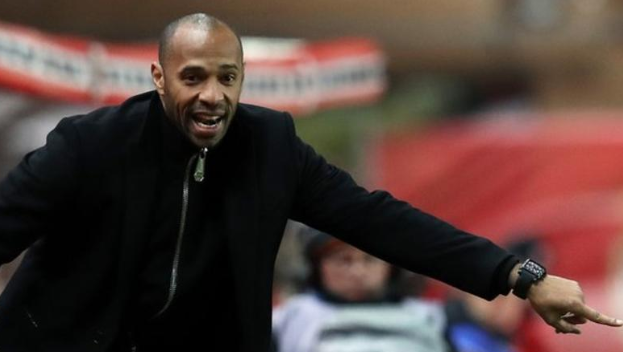 Thierry Henry is one of a number of managers being considered as Quique Setien’s replacement, after Barcelona were embarrassed by Bayern Munich in the Champions League.

Setien’s future as Barca manager was already under threat ahead of next season before Friday night, but the 8-2 defeat to Bayern sped up the process rather quicker than anyone expected.

The utter annihilation by the German side has led to a lot of questions about the Catalan giants but the easiest one to sort is the manager.

Exactly who could be next in line is uncertain but, according to Spanish outlet SPORT, Henry is on the shortlist along with Mauricio Pochettino, Ronald Koeman and Max Allegri.

Henry spent three seasons as a player at the Nou Camp, scoring 49 goals in 121 games in all competitions and winning the two La Liga titles and a Champions League, including a treble season.

However his managerial career has not gone as well as his playing career. He managed Monaco for just 20 games between October 2018 and January 2019, winning only four of them, before being sacked.

He moved to Montreal Impact in the MLS for this season and has won just one game from six games so far in Canada.

The fact the Frenchman is a former Barca man will make him a worthy candidate in the hierarchy’s eyes, as he knows how the club want to play.

Former Spurs boss Pochettino is linked with every big job that becomes available, and even those that aren’t, since he left north London in October last year.

He helped the Premier League side reach their first ever Champions League final last season and established them as a regular top four club, gaining second and third placed finishes.

Previously the former Espanyol boss has denied that he would take over at the Nou Camp but it’s generally it’s accepted things have changed with the Argentinian, who has previously been linked with Manchester United and Juventus.

Koeman is another option if they decide to employ a club legend, with the Dutchman scoring the winning goal in the club’s first European championship win in 1992.

The former Everton manager didn’t work out at Goodison Park but he has a good record as national team boss for the Dutch.

Allegri, like Pochettino, is currently out of work and has been since leaving Juve in 2019, after winning five Serie A titles in-a-row.

Who do you think should be the next Barca manager? Let us know in the comments.