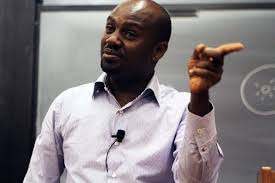 On Wednesday, Kampala went on fire after police arrested pop star turned politician/presidential candidate, Robert Kyagulanyi aka Bobi Wine. The riots continued through yesterday. The partisans on either side are in overdrive. Critics of government post videos of police shooting at crowds where some people have, unfortunately, died. Government activists post videos showing street gangs mounting roadblocks, forcing anyone wearing yellow, the color of the ruling party, to remove them. In one of these videos, a thug attacks a police lady hitting her with a harmer.

Clearly each side has enough evidence to demonize the other and seek to occupy the moral high ground. Yet elections in Uganda, like many parts of Sub Sahara Africa, tend to simulate violence threatening already weak states. But politicians, pundits and journalists are too transfixed in the emotions of the moment, and too ideologically committed to the current institutional arrangements to reflect on the implications of this persistent and troubling reality. Museveni launched a war alleging electoral fraud. He has kept power by electoral violence and fraud. In Tanzania, Kenya, DRC, Rwanda, South Sudan, elections are always accompanied by accusations of fraud and violence. Does Africa really need elections to select leaders especially a winner-take-all electoral system? I shall return to this another day.

For now, Uganda is going through the COVID pandemic. Over 17,000 people have been infected and over 150 have died. To slow down the spread of the disease, government has restricted mass gatherings like rallies. The Electoral Commission has put in place guidelines for political candidates to have no more than 70 people in a crowd. President Yoweri Museveni has adhered to these guidelines. Meanwhile Bobi Wine has been fragrantly violating these SOPs. Videos show him addressing or singing and dancing to huge crowds.

Secondly, opposition claims that Museveni has ruled through corruption, tribalism, violence and lies and that he doesn’t care about the public good. It follows, therefore, that the opposition must demonstrate that they are the change this country needs: that unlike Museveni, they will not place their political ambitions above the interests of the country. Yet Bobi Wine, like Donald Trump, is clearly impervious to the health risks he is exposing to his supporters with mass rallies. Sadly his followers don’t see this.

Given its own selfish obsession with power, the driving motive behind government’s arrest of Bobi Wine was not so much driven by the health risks as by the fear that he is gaining a lot of political traction. Yet even with this malice in mind, I believe it was absolutely necessary to stop his mass rallies even by arresting and detaining him. It would be dangerous for the state to allow such a blatant disregard of the COVID SOPs. The fact that NRM supporters have done similar violations and police has not intervened is unfair but it doesn’t make Bobi Wine’s actions right. On the contrary, he should be the one to lead by example. Instead he gave government the rope with which to hang him.

Secondly, Bobi Wine was arrested in Eastern Uganda. Immediately, people in Kampala went on rampage. Was this spontaneous? Hardly! The opposition, especially Dr. Kizza Besigye’s Defiance, which shares a common support-base with Bobi Wine’s People Power have been talking of a “Plan B”. This is based on the belief that elections cannot bring about change. So they have been planning to use the campaigns to stir up a mass uprising to bring down government, and there is enough intelligence to show this. We have seen videos of a truck delivering tyres to set roadblocks. So the riots were not spontaneous but well planned acts to spread mayhem.

One thing should be clear: the primary role of the state is to ensure the security of person and property. As Max Weber said, the state can only do this by enjoying a monopoly over the use of violence. This role is even more critical in fragile states like ours where state capabilities are limited and where emergent social forces such as urban lumpens, angry and unemployed youths, students and informal sector workers can cause serious disruption. In times of riots, the primary instruments of the state to maintain stability – at least in the short term – are the police backed by the army. Once armed forces are deployed in the streets, it is inevitable, even though regrettable, that there will be fatalities.

This only goes to demonstrate that the state everywhere poses a great danger to society. But let us remember, borrowing from Karl Popper, that for the state to perform its function of ensuring security of person and property, it must have more power than any single person or institution. So the state is a necessary evil. Though we may design institutions to check its power, and the dangers that emanate from such power, we can only minimize but not eliminate this danger completely. Therefore we have to always suffer costs at the hands of the state. The point is NOT that we cannot suffer at all but that we should not suffer too heavily.

Most pundits and opposition activists ignore this reality and imagine a perfect state. While it is okay to condemn the state for loss of life, this does not delegitimize its intervention, even though I believe police and military actions need to be improved. The measure is how best the police and army have minimized abuse not eliminated it. It is impossible that any human action can be without mistakes. While I feel the pain of those who have lost loved ones in these riots, I am acutely aware that such fatalities are the price we pay for containing riots and ensuring order.

Finally, Bobi Wine and other opposition politicians and activists should know that Museveni is a specialist in violence. When he lost an election in 1980, he chose violence as his path to power. With a small group of men and without much external support, he was able to defeat a government backed by international funders and foreign troops in a campaign that lasted less than five years. His writings reveal that he deeply understands how to use violence to gain and retain power – that is his competitive advantage. By fomenting riots, the opposition is leaving the terrain where they have a competitive advantage (popular democratic support) to a terrain where Museveni is at his best – violence. This is political stupidity and immaturity of the highest order.

The author, Andrew Mwenda is a veteran journalist and proprietor of The Independent Magazine