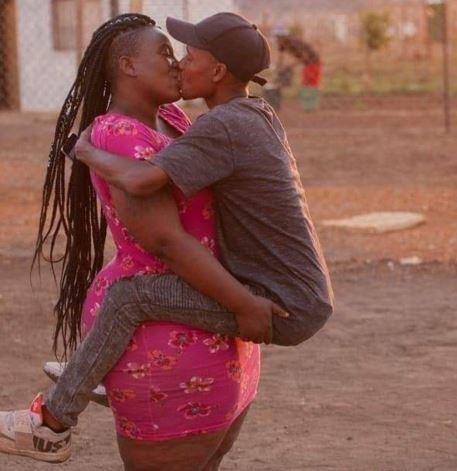 A fat babe isn’t exactly what some men dream of dating. It may come off as cruel but ask any guy and they’ll often tell you their idea of a dream date is someone who looks like their favorite model or celebrity.

However, there are several reasons why dating a fat girl has its benefits. In fact, once you give it a shot, you may find going out with a fat babe a lot more enjoyable than hanging out with their skinny counterpart.

For those wondering why you should date a fat babe, here are 10 reasons that would make you consider:

Easy to talk to

One of the things that make a fat girl interesting to date is their ability to talk about anything. Since they’ve made it a point to focus more on their brains and their personality instead of just their looks, they can engage you in a variety of topics that will keep you from being bored.

Admit it, the pretty women you’ve dated don’t always have an endearing personality. Since they think the world of themselves, don’t expect them to be all that nice towards you.

That’s something you won’t have to deal with when dating a fat girl. Fat girls have a fun and bubbly personality and they don’t feel that the world revolves around them, making it easier to deal and hang out with them.

Willingness to try any type of food.

Fat girls love to hug and cuddle so if you’re the type who enjoys getting some affection from a girl, you can’t go wrong with dating a fat girl provided of course you give them the same amount of affection. Plus, they’ve got softer skin compared to skinny girls which makes hugging and cuddling them all the more fun.

Not afraid to go outdoors

Girls who are skinny often worry about their image from their skin all the way to their fingernails, which makes the chances of them going with you outdoors slim.

Fat girls, however, are more than willing to get dirty and go outdoors with you. It doesn’t matter whether you want to go hiking or bike riding on a dirt road, fat girls aren’t too finicky about getting a nail or two broken just for you.

You can take her anywhere

Fat girls aren’t just willing to anything with you, they’re also willing to go anywhere. They have no qualms about driving long hours just to go to the beach or to an exotic location. You won’t have to deal with complaints that the place you’re going to is too hot or out of the way.

She won’t be picked up by any guy. Guys who date slim women often have to fend off guys trying to steal them away. This is something you’ll rarely experience when dating a fat girl since most guys prefer hitting on women who have a body that’s similar to a figure usually reserved for models. As a result, you can go anywhere without fear of having your girl being stolen from you.

If you enjoy having a good conversation, you won’t get bored with dating a fat girl. Since most of them are very opinionated, they won’t be shy about expressing their thoughts on a particular subject making your conversation exciting and unpredictable.

Fat girls are not shy or afraid to laugh. Since they’re not overly concerned about their appearance, they’re not worried about what they look like when they laugh out loud which makes them more fun to be around with.

If you’re the type who enjoys injecting humour in a relationship, you can’t go wrong with telling a fat girl your list of jokes and silly quips.