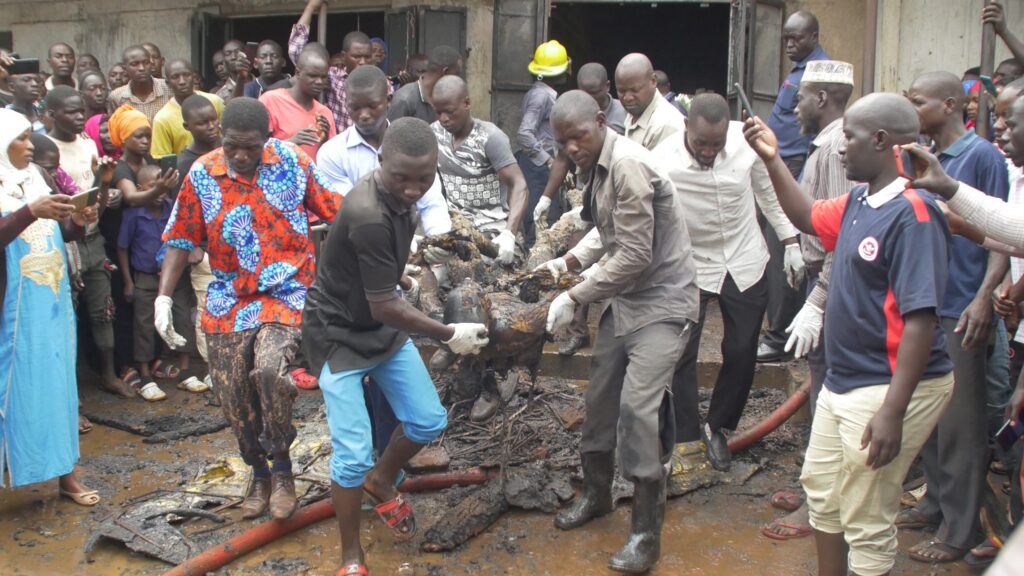 The three were identified as Sowedi, Jamal, and Buyinza and the fourth one managed to come out with severe injuries, they died after jericans of fuel exploded in their house at Nakaloke Town Council along Mbale in Northern Division Mbale City.

They were trapped by fire in a house from where they sell fuel from in jerricans and according to residents, it has been their business for a while now despite receiving numerous warnings they ignored.

An eye witness told us that one of the victims , Sowedi , was his close friend. He was shocked to see him die in such a way amidst all the efforts to save the other.

Lukiya Bumba one of the residents said that people should desist from storing fuel in jerry cans especially in their homesteads.

The area police spokesperson ASP Rodgers Taitika Said that Police arrived on time and stopped fire from spreading to other homes.

He said that the fire could have originated from a stove that was being lit by a nearby lady thus warning residents against keeping fuel in their homes if they’re to avoid similar future occurrences.