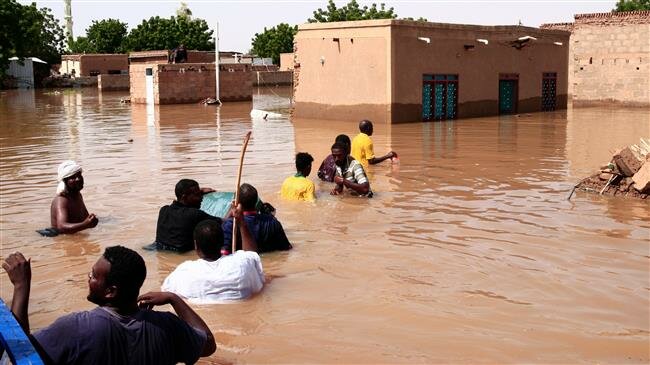 When it rains, it pours floods for people in Sudan and so far at least 10  are confirmed to have died, while many are still missing and property worth millions of shillings destroyed by the floods.

Reports coming in indicate that downpours this past week in the south-eastern state of Blue Nile, Sudan, caused a dam to burst and collapse on July 29th potentially compromising access to water for over 84,000 people.

The Sudanese Civil Defense reported on Thursday that this incident caused the consequent damage – and in some cases total destruction, of around 3000 homes. It appears some 1,800 homes were completely destroyed while just over 1,500 were partially ruined.

At least 10 people have lost their lives while many displaced Sudanese seek shelter amid the deadly floods. In addition, 21 schools and eight mosques have been washed away and on Wednesday, the UN declared 50,000 people impacted by the situation.

An overwhelmed local shared, “Now this flood has come and destroyed this country, and the governor came and said that he would bring sand to cover the water, but until now no truck carrying sand has come, and they brought us tents, which are failing.”

The Office for the Coordination of Humanitarian Affairs (OCHA) stated that the heavy rains have not only caused flooding but also landslides and damages to infrastructure in 14 of the country’s 18 states.

It is typical for Sudan to experience intense rainfall from June to October and the country faces major floods each year.

In 2019, torrential rains had affected 400,000 people throughout the season, according to a spokesman for OCHA in Sudan.