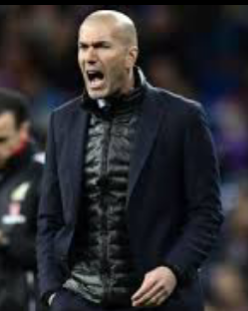 Real Madrid manager Zinedine Zidane has revealed Gareth Bale ‘chose not to play’ against Manchester City in the Champions League.

Los Blancos’ take on Manchester City in the second leg of their last 16 tie on Friday and they must overcome a 2-1 deficit.

The Spanish side named their squad yesterday and a huge omission was Bale – with many wondering why the Welshman missed out.

Zidane revealed on Thursday evening that the 31-year-old ‘preferred not to play’ at the Etihad Stadium.

“Bale? In the end many things are said and we have a respectful relationship between us. It is a private conversation, but I can only tell you that he preferred not to play and the rest is between him and me. I’m not disappointed, I respect him.

“Bale didn’t disappoint me. I’m not going to tell you anything. It’s the third question about Gareth, I just said what happened. I have a lot of respect for Gareth and things should be inside the locker room between the players and the coach.”

Bale did feature in the 2-1 first-leg defeat back in February but he’s only played an additional two games since then, with off-field antics being his only contributions.

His contract with the La Liga champions runs until 2022 and no European club has shown interest in a transfer.

Zidane also fielded questions about another winger in his ranks – Eden Hazard.

The Belgian has suffered an injury-ravaged first season in Spain after a £103 million move from Chelsea.

He missed Madrid’s final game of the domestic season against Leganes but Zidane thinks he’ll be fit to play against City.

When asked about the 29-year-old’s availability, Zidane replied: “Yes, because he had a bit of discomfort at the end of the La Liga season but now he is much better.

“We have had a lot of time to prepare for the match and I think he is in good shape and confident.”

Hazard himself has admitted that his debut campaign with the club has been a poor one.

“This year, we collectively won this league title, but I have surely had the worst season of my career individually,” he told France Info.

Who do you think will advance to the Champions League quarter-finals, Manchester City or Real Madrid?