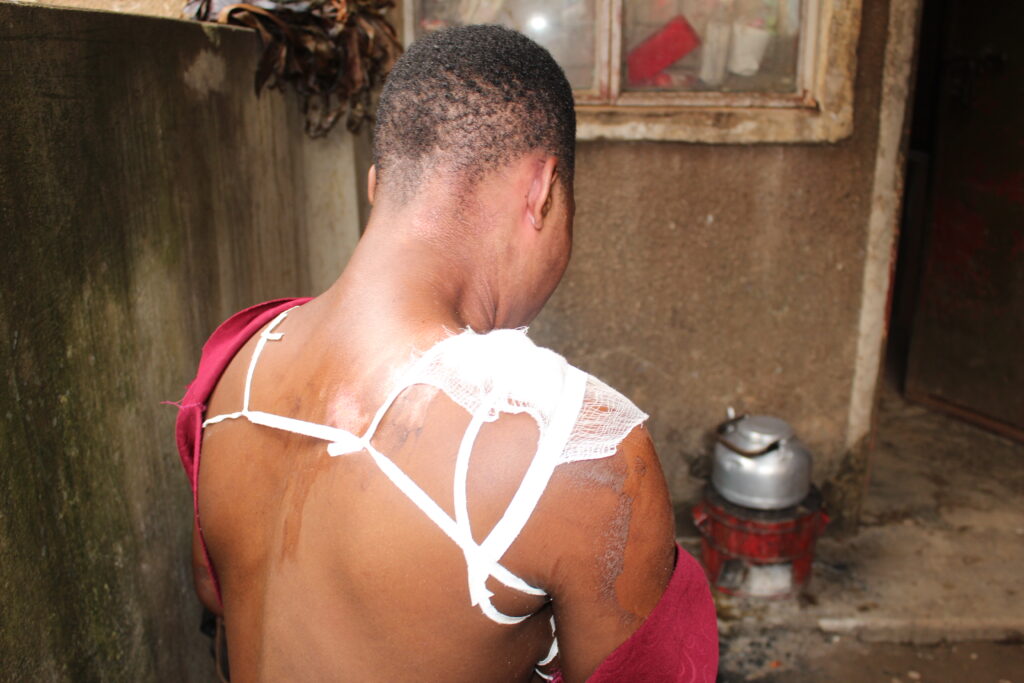 Police in Mukono are hunting for a a sex worker by the names of Sharon Kalungi, who allegedly poured hot water on her neighbor Anita Namwanga 25, who is currently nursing wounds in the medical facility at Seeta trading.

The incident occurred on Monday at Ntinda –  Seeta, Goma division in Mukono municipality, whereby the two long time friends and neighbors sparked a fight between themselves, Kalungi who is in hiding was threatening to harm Namwanga because she believed that Anita was in relationship with her husband names unknown and also she was accusing her for witching her.

John Kalawude who was at the scene while Kalungi was splashing hot water at the victim said, they first engaged in a serious verbal exchange, later Kalungi went into her rented room and got out with boiling water and poured it at the chest of Anita.

“When she fell down we rushed her to a nearby medical facility for treatment.” Said Kalawude.
Another eyewitness names withheld, disclosed that  “Kalungi must be must be a sex worker because she spends the whole day sleeping then at 7 pm she goes to bars.”

Namuwanga said, her neighbor Kalungi could always accuse her for being in love with her man, I confronted her demanding for the proof from her, instead she poured hot water at me.

“Now iam nursing wounds my skin peeled off and even my hospital bills have accumulated”. Said Anita.

Anita who is in a sorry state cried out for help from people, to come and meet her medical bills and on top of that she has no food to eat, her house rent arrears have also accumulated because she doesn’t worker.

Mukono police has started the investigations into the Matter meanwhile Kalungi Sharon is hiding to unknown destination.