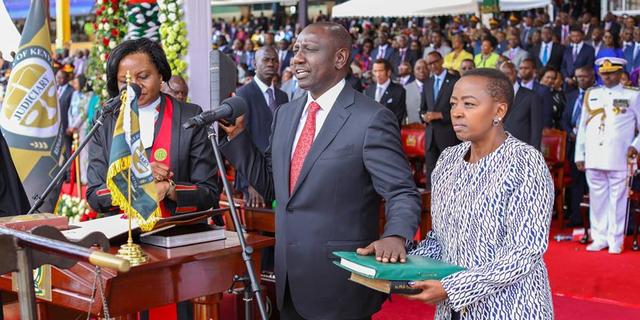 Kenya’s newly elected president William Ruto is due to take the oath of office on Tuesday as Kenya’s fifth president since independence in 1963.
Mr Ruto won last month’s election narrowly, beating the seasoned politician Raila Odinga in a result that was confirmed by the Supreme Court.
About 20 heads of state from across Africa are expected in Nairobi to witness the transition.
The outgoing president, Uhuru Kenyatta, who had backed Mr Odinga, finally congratulated the winner on Monday.
Mr Ruto will have to tackle as a matter of urgency an economy in dire straits and a deeply polarised country.
More than 60,000 people are expected to attend the inauguration at Nairobi’s Kasarani Sports Centre.