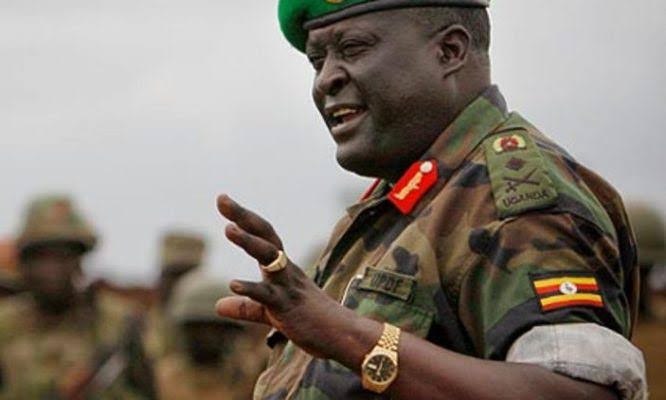 A combined force of the army and police in Napak District is hunting for a group of unknown thugs who broke into the ancestral home of the General Court Martial Chairperson, Lt. Gen Andrew Gutti and made off with a Massey Ferguson tractor and 130 heads of cattle belonging to the fierce General.

The suspected thugs broke into the General’s home in Iriiri Village in Iriiri Sub County in Napak District at around 12am on Wednesday. Mr John Lokut, the Iriiri village Defense Secretary,

The rustlers are said to have taken advantage of the heavy downpour when the Local Defence Unit personnel guarding the General’s farm were all asleep.

Major Peter Mugisa the UPDF 3rd division spokesperson confirms the theft but says so far 100 animals have been recovered from Kautakou village as the rustlers headed to Moroto District.

Assistant Inspector of Police Mr Michael Longole, the police spokesperson in South Karamoja said the thugs abandoned the tractor in the nearby bush when it ran out of fuel.

“We are looking for them and they will be charged with theft and trespass, “he said.

The incident comes a week after unknown people burnt the General’s Orange farm but none of them has been arrested.

It’s not known whether it was a deliberate move or it was burnt by a group of youth who were hunting for rats because locals burn grass in the hunt for rats whenever there is drought.