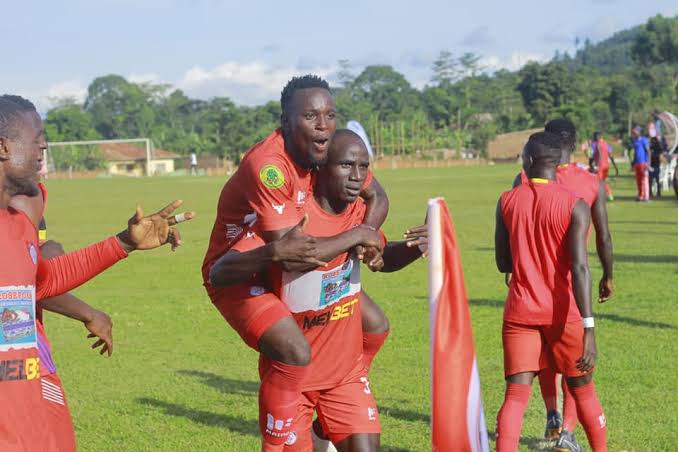 URA’s bid to go on top of the star times uganda premier league table has been downplayed by Latif Kiyemba’s strike putting the slaughters in the late lead of the 80th minute.

The free kick came after a foul against striker Robert Ssentongo outside the eighteen box area.

Kyetume came into this game after suffering several defeats while URA FC previously humbled Police FC 3-1 putting them in the comfort zone.

The slaughters are now three points behind Busoga United having only collected 23 points in 25 games.

Ssimbwa had hopes of returning to the top of the Startimes Uganda Premier League if they picked maximum points to relegation-threatened Kyetume fc at Nakisunga Saza ground.

“URA has a very good team and put up some resilience but I slightly changed the tactics from those one we used in the first round. We caught them off guard,” Jackson Mayanja explained.

“We have won but we have to work harder by winning the rest of the home games in order to survive the relegation monster.” Mayanja added.

However,URA FC’s Sam Ssimbwa refused to comment on the game.

Express fc is on top of the table with 55 points, URA second with 54, Kyetume MYDA and Kitara in the relegation zone. Meanwhile Kyetume will facing Sports club Villa in their next away game on Sunday.