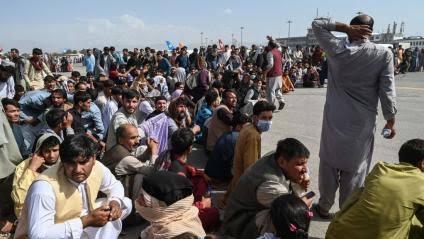 Esther Anyakun, Uganda’s state minister for relief, disaster preparedness and refugees, says President Yoweri Museveni told her to make preparations to host 2,000 refugees from Afghanistan.
She says Uganda acted at the request of the United States government.
“They have requested us to host 2,000 refugees. We are expecting them to be brought in shifts of 500. So, UNHCR secured Imperial hotels in Entebbe as a transit center for them to first of all arrive and be screened,” she said.
U.N. High Commission for Refugees Uganda representative Joel Boutroue also confirms the decision to receive the Afghan refugees.
“We welcome that of course. And again, the generosity of the Ugandan government. And what we are doing, is we are preparing in terms of, with the office of the Prime Minister receiving them at the airport, lodging them. And then there will be all this, screening, testing. And then we see the next step.” Said Joel.
Thousands of Afghans are fleeing the country after Taliban fighters announced Sunday they had entered Kabul and took control of the presidential palace. President Ashraf Ghani left Afghanistan, reportedly saying he wanted to avoid bloodshed, signaling the end of a 20-year conflict.
The Taliban fighters declared the war in Afghanistan over, prompting tens of thousands to flee the fighters’ hard line Islamist rule.