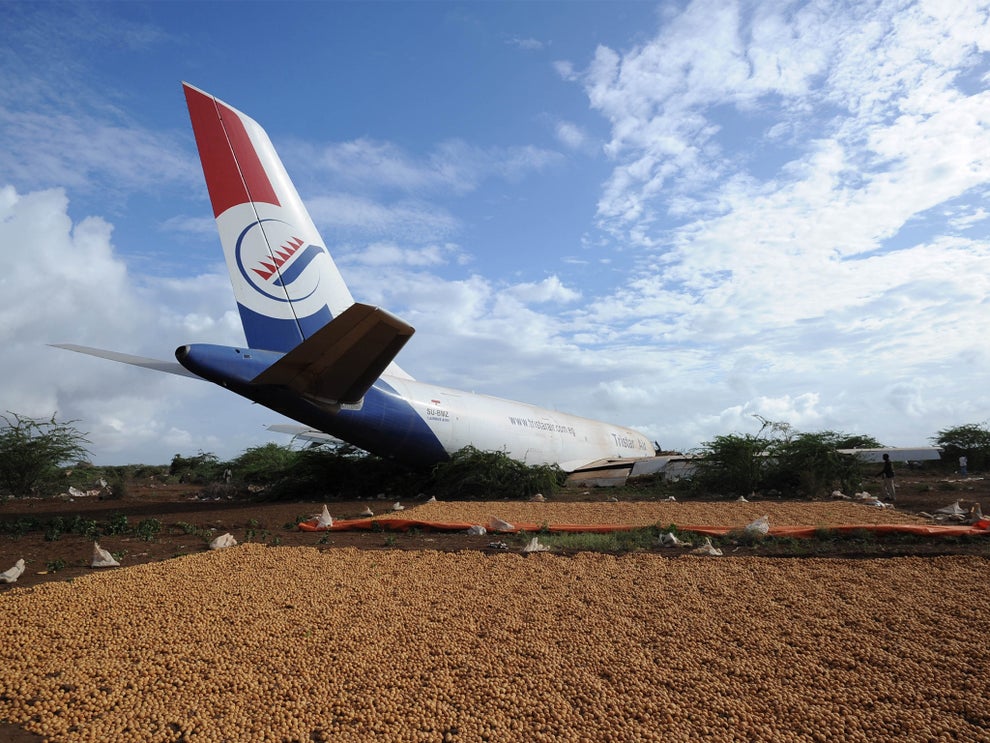 A cargo plane has crashed at the international airport in Somalia’s capital.

The country’s transport minister said three of the four crew members on board were injured after the incident at Aden Adde International Airport in Mogadishu on Saturday.

Photos posted from the scene show the plane’s cockpit crushed against a concrete barrier close to the sea.

Transport minister Mohamed Abdullahi Salad told reporters that the plane had just taken off for Beledweyne town in central Somalia, but returned to the airport after detecting mechanical problems.

Markings on the plane indicate that it is operated by Silverstone Air in neighbouring Kenya.

A spokesman for the UN mission in Somalia, shown in photos responding to the crash, did not immediately respond to a request for details.

The heavily fortified airport is home to diplomatic missions and serves as a hub for humanitarian flights in the Horn of Africa nation, which is trying to rebuild after three decades of conflict.

Somalia has seen a number of plane crashes this year.