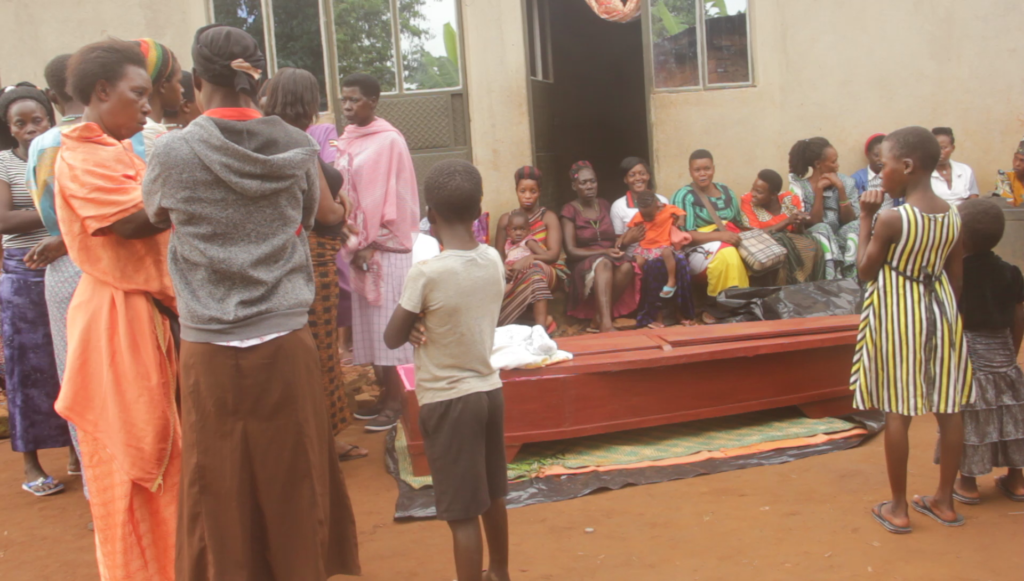 Three children drowned on Wednesday when they went to collect firewood in the forest which is on showers of Lake Victoria, the deceased are Jemimah 9 P.5, Nakimbugwe Mariam 15 senior two student and Nabirye Sanyu 12 in P6

It’s alleged that the children who went to collect fire wood were five in number and from different homes, but when they reached the forest, three out five changed their mind and entered the water to swim and thus to their demise.

The children are believed to have been overpowered by the strong waves created by the unending winds on lake Victoria.

“When you see where these children died from, it’s not far from the mainland but they died due to lack of swimming skills” Mpiima Steven a fishermen.

Mpiima adds that the two girls who were inexperienced swimmers were trying to rescue their colleague who got stuck in relatively deep waters and by doing so, they were also overpowered by the strong waves.

“We mounted a search on the bodies and we managed to retrieve all the three bodies from the lake and handed them to their family”  Okungi Richard.

The Mukono district outgoing chairperson Andrew Senyonga who was at the scene advised the children to always be keen on what they are told to do to always avoid diversionary things that can land them in trouble.

Ssenyonga said that there is a need for the government to speed up the process of opening up all schools to avoid such incidents to the children who have long stayed at home.

Mukono Police have started an investigation on what might have caused the death.