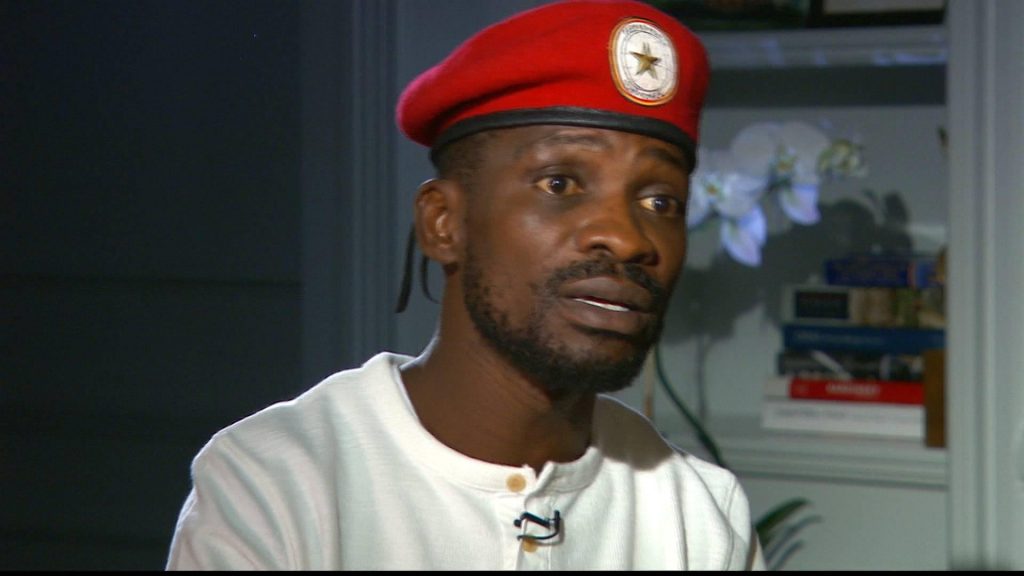 ▪He sat for PLE while he was in P6 and excelled highly.

▪At the age of 16yrs Bobi Wine had completed S6.

▪At the age of 23yrs Bobi Wine owned Escalade the most expensive car to be driven by an ordinary person by then.

▪He was the first and the only Ugandan Musician to own a yatch. Up to todate.

▪He is the first and only Ugandan artist sofar to be nominated a pannelist(Judge) at the AFRICA awards. That makes him a legend.

▪He was the first living artist to have his songs redone by fellow big artists like Irene Ntale(Kikomando), Kabako(Akagoma) and others. That makes him a legend

▪His song “Tuliyambala engule” has been translated and redone into more than 5 languages of Uganda like kiswahili, Rusoga, Lugbara, Runyankole, etc. That makes him a legend too.

▪He is the only Ugandan artist Sofar to have his song played on CNN, Aljazera, VOICE OF AMERICA, FOX NEWS, FRANCE 24, and all TVs in the whole world i.e CORONA VIRUS ALERT. And you don’t call him a legend!

▪He is the first Ugandan artist to have his song reach 1M views in 2weeks on YouTube. (CORONA VIRUS ALERT)

▪He has won over 100 Humanitarian, music and personality awards both local and international

▪He has personally done and also participated in over 200 charity activities country wide.

▪He has recorded over 150 songs 90% of which advocate for peace, unity, love, health and sanitation sensitization and wellbeing of the common people, the ghetto people, the suffering people.

▪He is the one who reduced the impunity of KCCA through his Tugambire ku Jenipher song.  Obukambwe bwali buyitilide baba.

▪Him and his beautiful queen Barbra Itungo make the most inspirational celebrity couple in Africa.

▪He is the most loved person in Uganda right now.

▪By first 5 months in parliament he had already emerged the best legislator.

▪He predicted the fall of Museven Empire back in 2013 in his song of “Time Bomb.”

▪He Predicted and alerted the nation on his becoming the President of Uganda in his song “Wendi” Tebamutegera.

▪He will be the 10th President of Uganda if he wins 2021 elections.