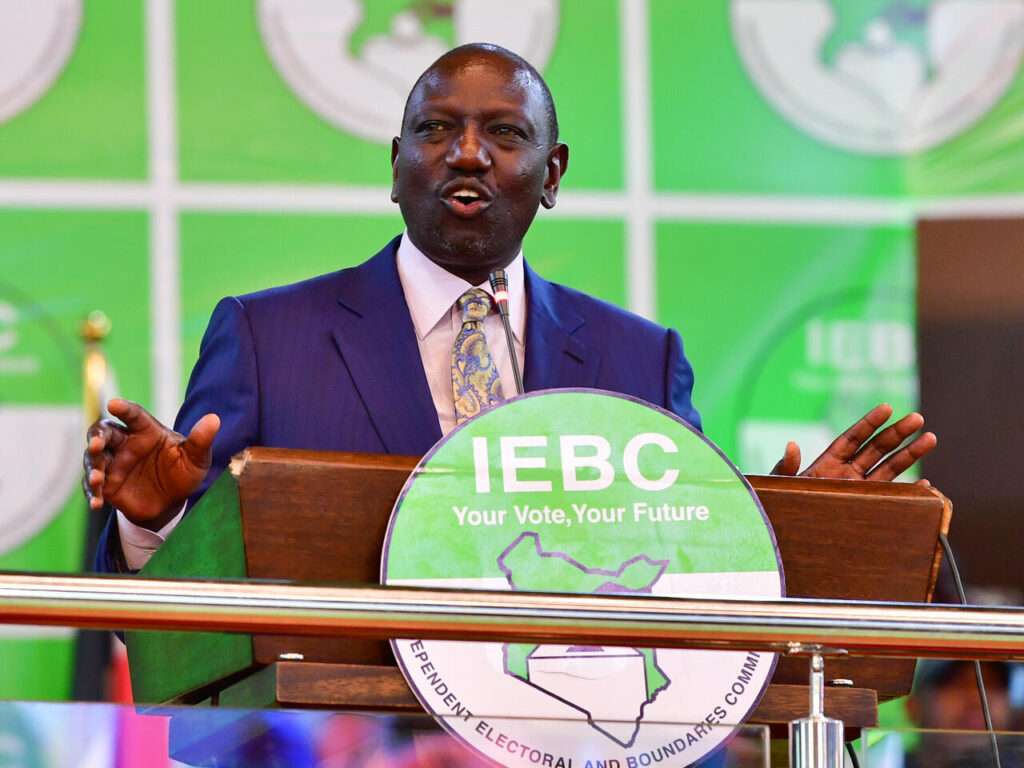 I will work with my competitors in the role that the constitution assigns the people in the opposition. They will provide oversight over my government and I intend to work with them in that capacity. I never believed in the handshake stories, I made my position clear because I believe in democracy, I believe in a government that has checks and balances” he said.
Ruto said President Kenyatta’s handshake with Raila had left Kenyans confused for the last four years saying it was the reason why they voted for him and his team to
“When you have a gove that doesn’t have opposition, you run the high risk of having a government that is not accountable, precisely what we have seen in the last couple of 4 years. We have had a situation where those who should be in the opposition are running matters in the executive and that is why the people of Kenya voted for me and my team” he said
“They want a government that has checks and balances, a government that is accountable and not a mongrel of a government. People of Kenya want clarity because we are democrats” the President-elect added.
Ruto at the same time said he had won fair and square adding that his support base was across the country having garnered 25 per cent of votes in 39 out of the 47 counties.
“What happened this evening is an unfortunate situation, I think it is an attempt by our competitors to roll back what we have achieved as a country. Unfortunately, I think there were people who didn’t want these results to be declared. Even as we came to Bomas, it is only somebody from the moon who did not know the results. With a simple calculator, you would tally the results” he said.
He assured that no region will be sidelined by his administration.