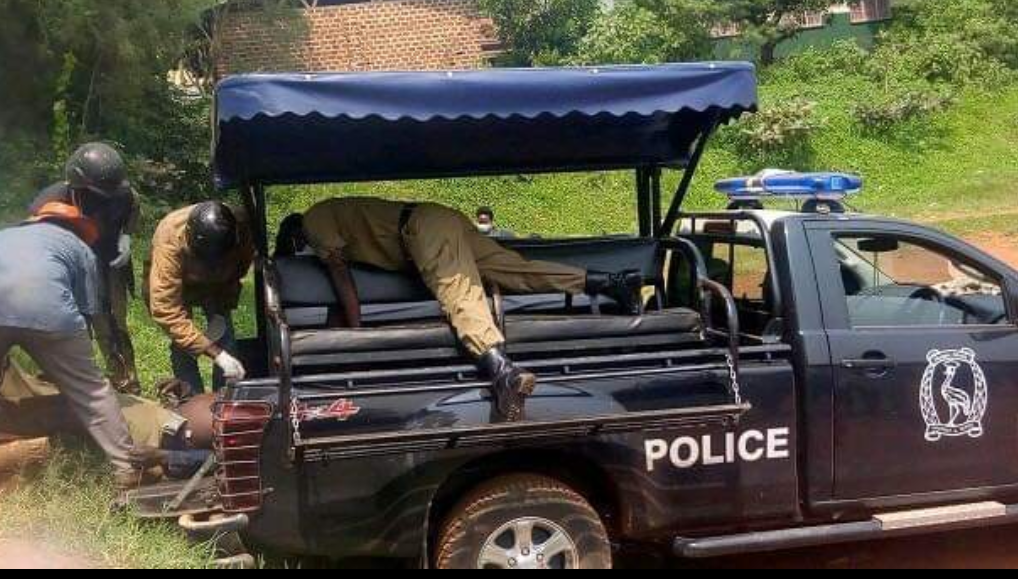 The over speeding police patrol Knocked Emmanuel Walubengo. A police officer attached to Elegu police station in Amuru district has died after falling off a speeding patrol vehicle.

The incident happened in Labongo Gali trading centre along Amuru road in Amuru sub county as the vehicle attached to the Field Force Unit (FFU) registration number UP 5769 was returning to Elegu police station.

Walubengo was part of the team that had transported suspects from Elegu police station to Amuru Magistrates in Otwee town council aboard the same vehicle.

Eye witnesses revealed that the speeding ill-fated car lost control after hitting a pothole but in the process of trying to regain control of the vehicle, PC Walubengo fell off and died on the spot.