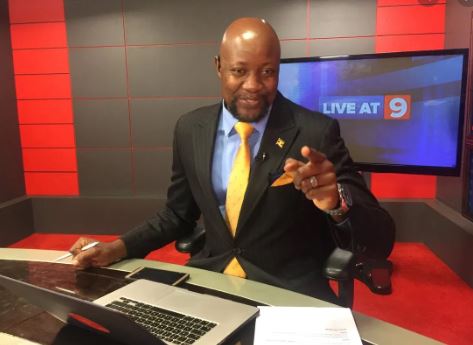 Renowned journalist Samson Kasumba, who works with NBS TV, was arrested by police on Monday night and is currently at Kiira Road police station according to sources, although no charges have been  pressed against him by police yet.

NBS TV announced Kasumba’s arrest by posting on Facebook that;  “Our news anchor and show host Samson Kasumba was last night arrested and is being detained at Kiira Road Police Station.

Samson was arrested on his way home shortly after the #NBSLiveAt9 bulletin. We are doing our best to engage all relevant stakeholders as the cause of his arrest is unknown. We shall keep you posted.”

However, time of filing this story the police hadn’t yet issued a statement about Kasumba’s arrest or the charges he is facing, although his continued detention has left very many  of his workmates, relatives, friends and family members worried about his safety.