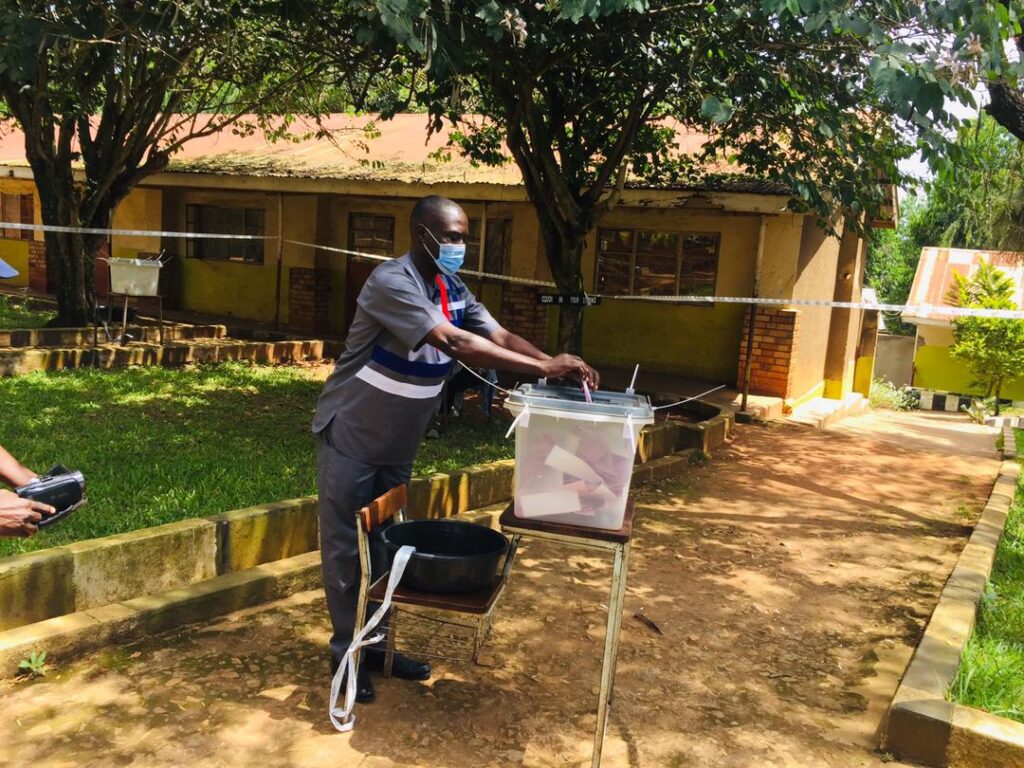 Mukono.The National Resistance Movement (NRM)  party and Democratic Party (DP) members in Mukono have made a coalition in the LCIII Chairperson and Central division councilor elections to secure more slots against the National Unity Platform (NUP) party. This comes after NUP has secured all the top positions of MP Mukono Municipality, Chairperson LCV, Mayor and has the largest number of Councilors both at the district and Municipality councils.bit.ly/bettingoffersug
One of the Mukono LC III Chairperson Central Division candidates Robert Peter Kabanda has said that he has heard that the NRM has resorted
“Our colleagues of NRM and DP has joined forces to fight NUP from taking as many slots as they can in the division. Some of my opponents like Wasswa Takwana, Jamil Kakembo to spread rumors to tarnish my name.” He said
Silver Walugembe Magezi a NUP LCIII Councilor Ntawo Ward Industrial Area also said that regardless of the coalition they are not shaken.
He said: “The people know who they want. Even when they join forces we shall still win this election.” bit.ly/bettingoffersug
However, DP’s LCIII Candidate Jamil Kakembo denies the allegations.
“That is NUP’s propaganda. DP mobilized their party members and agents to look for votes and we are confident we shall secure more votes without joining forces with NRM.” He said Robert Peter Kabanda casting his vote at Mukono Town Academy Polling Station in Nabuuti.bit.ly/bettingoffersug