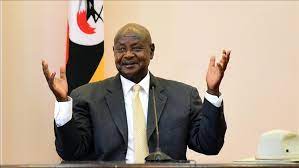 Ugandan MPs faced backlash and criticism from the public following the deposit of 200 million on their accounts as they were accused of being greedy, selfish and inconsiderate especially getting this money in the middle of a pandemic.
Government chose to deposit this money in the middle of a pandemic and even publicized it as a deliberate effort to blackmail MPs before their voters but also to divert public attention from the promised relief money that largely didn’t reach the intended beneficiaries so that instead of the country demanding for accountability of the Nabanja money or even demanding for expansion of the program, the population will now go to their MPs demanding for help.
Government makes many releases in a financial year but how comes it doesn’t publicize them like the MPs money? How can a government that failed to account for Ugandans’ Covid donations claim to be so transparent to the extent of publicizing money sent to MPs?
MPs including those in opposition find themselves between a rock and a hard stone, on one hand claiming to be patriotic and on the other accepting cash that seems unreasonable to their voters!
However, am certain that even with this bad publicity, majority of the MPs would prefer this cash than the physical cars because many of them are highly indebted by the time they get sworn in and it’s out of this money that new MPs can buy residences in Kampala, pay off debts, buy ambulances for their constituencies or buy a second ha
So with the backlash and accusations, MPs find themselves having to accept this money even when it appears to be a sword that finally kills their political career!
But how did we get to this? Process by process, Gen Museveni has commercialized politics to the extent that every Church of Uganda Bishop drives a car donated by Museveni. He has donated money on fundraisings where he is called to officiate, moved with brown envelopes, created projects and programs under his office etc.
So as a result political leaders have been looked at as donors instead of servants. The voters don’t differentiate a President from an MP, if a President can donate a car, an MP should donate a motorcycle, yet unlike the President who has a budget of trillions, MPs have to use their own emoluments.
When you switch on radio announcements, an MP is invited by about five people daily to attend their functions especially burials. RDCs, CAOs, DEOs and other public servants are never invited. The MPs are expected to attend birth day parties, baby showers, weddings and all other social gatherings. They are expected to construct bridges, schools, roads, churches etc. they are also expected to pay loans, medical bills, school fees for the poor.
So by end of the day an MP is a walking ATM machine or mobile bank. If MPs fail to do these things to the community their opponents start de-campaigning them immediately.
This is also exacerbated by failure by government to deliver services leaving MPs as the only representatives of government who now are forced to do government work which unfortunately is unsustainable!
So in the end, MPs are highly vulnerable that they are susceptible to manipulation by whoever has money. That’s why they fight to be on the so called “juicy committees” especially accountability committees. This is done in anticipation of getting bribes from corrupt public servants and the President in order to pass controversial laws.
So as a result of commercialization of politics, many competent people who may not have money are locked out of politics, experienced ones voted out while the vocal ones are compromised. The challenges at Parliament are replicated in local councils hence compromising the quality of politics in the country.
Its only Museveni who has a huge budget that can sustain commercial politics since he has the money to give opposition politicians, Members of Parliament, voters and general population.
by Muhimbise George,
A member of the Alliance for National Transformation Publicity Committee.