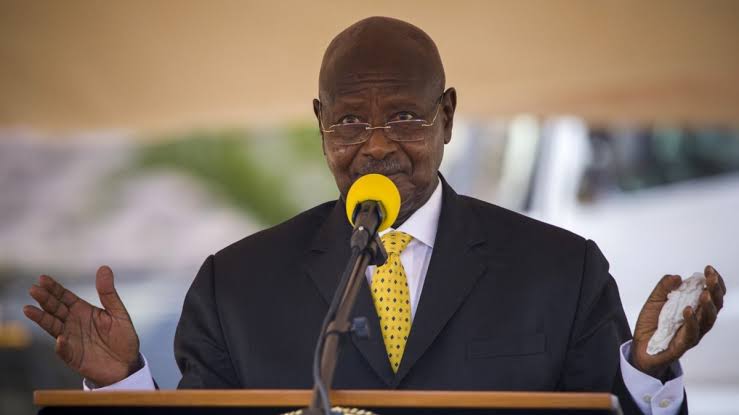 President Yoweri Kaguta Tibuhaburwa Museveni has warned backers of suspected terrorists behind the Komamboga bomb blast not to start complaining when Ugandan security agencies start crushing them
In his second statement since the attack, Museveni condemned the “action of the ‘parasite pigs’ that planted a bomb at Digida Pork Point where they sell pork, sodas and alcohol.”
Museveni, also the Commander-in-chief of the armed forces, further noted that although the owners and managers of Digida Pork Joint had flouted Covid19 prevention guidelines such as curfew restrictions, “still the criminality of the perpetrators must be condemned.”
“Ever since my May 2018 speech in Parliament on crime and the 12 measures I announced, although only partially implemented, it is almost impossible for a criminal to kill Ugandans and not be caught,” said Museveni, in a statement where he referred to himself as Ssabalwanyi of Luwero.
“You have seen the suspects arrested so soon in the Masaka murders, the suspects in the Katumba case, the suspects in the case of the NRM Ntoroko Chairman, the suspects in the Openjuru case, the 15 ADF suspects arrested since the attempt to plant a bomb at the funeral of Lokech.These do not include those who were killed while resisting arrest.”
The president made it clear Uganda would “crush” the terrorists.
“By foolishly continuing with their criminality, they have invited us to crush them and we shall.”
He further warned supporters of terrorist groups operating outside the country.
“With those operating outside Uganda, we shall work with the brother African countries, to go for them,” he noted.
“Let their supporters, then, not start shouting that we are hunting innocent people.”
“All we ask from the public is vigilance and prompt reporting to the nearest police post of anything suspicious.”
Attachments area