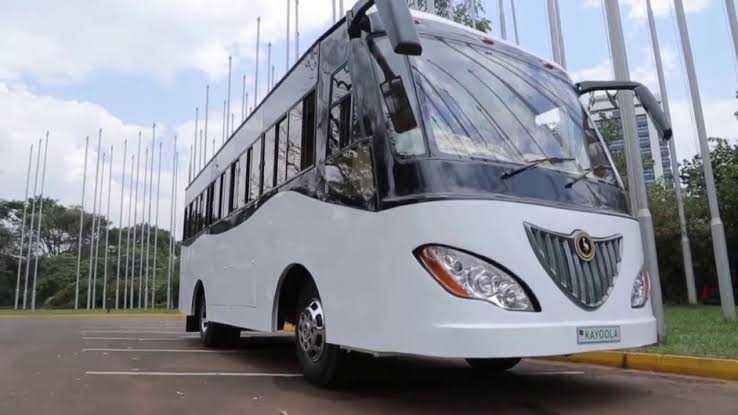 METU Bus Industries proprietor Metu Katabazi has presented a sample of buses assembled at Metu bus assembly plant in Kasese.
The company is to supply buses to Kampala Capital City Authority (KCCA) to ease transport needs in the greater Kampala metropolitan area.
The buses were shown to President Museveni on Sunday at State House, Entebbe
Last month, Metu and KCCA finalized plans for the company to assemble and manufacture buses to ease transport needs in the greater Kampala Metropolitan Area (GKMA).
Museveni said the idea of producing buses and trains in Kampala is to lessen the crowds and reduce piki piki.
Metu Katabazi who embarked on a bus assembly plant in Kasese said they would invest US$50 million in the next five years and hope to build capacity to manufacture over 100 buses including the 4metre city buses, 4.8 to 18 metre long buses for rapid transport for the Greater Kampala Area.