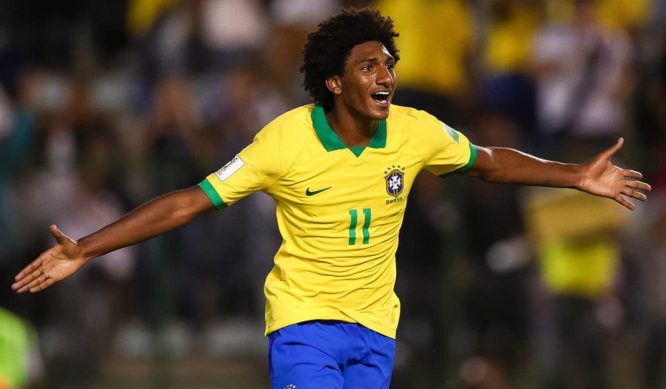 Manchester United made an attempt for the signing of Vasco da Gama youngster Talles Magno this summer, according to claims from Brazil.

Journalist Jorge Nicola says that in the final weeks of the transfer window, the Red Devils made an approach saying they could spend as much as €15m on a young talent from abroad.

Vasco da Gama, Talles Magno and his agent Carlos Leite all liked the possibility. The club pushed for €10m more in performance bonuses, trying to make the deal reach up to €25m.

Manchester United didn’t carry on with the negotiations, and a bid was never made formal, despite the Brazilian side’s need to negotiate the winger’s exit.

Talles Magno is one of the best Brazilian talents of his generation, and according to Jorge Nicola, Liverpool have also made an approach for his signing this year.

Manchester United ended up spending €8.5m on Facundo Pellistri from Peñarol in the last days of the transfer window. So perhaps his transfer only happened because Talles Magno couldn’t be signed.