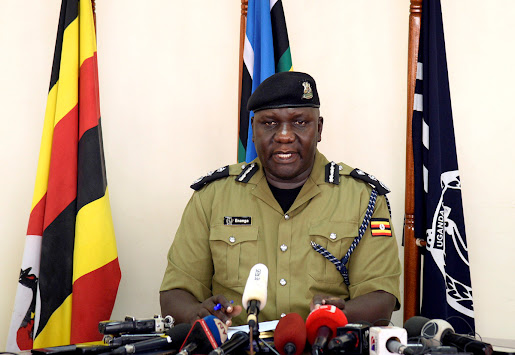 According to the Police Spokesperson Fred Enanga, Kibwetere killed the deceases and stuffed her body in their marital bed for 4 days.

Enanga revealed that, Kibwetere, a 47 year old, peasant of Bujunjura, Ruhangire parish, allegedly hit his wife with a blunt object, which caused an acute brain injury that killed her instantly on November 11, 2022.

He revealed in a statement dated November 21, 2022 that the suspect became aggressive after learning that his wife aged 25 had started using family planning, following an earlier miscarriage.

“After 4 days with the stuffed body of the deceased, the suspect called his sister-in-law on November 15, 2022 and then told her how he had killed her sister, in domestic or violent domestic setting. The matter was reported at Kazinga police, who responded and recovered the body of the victim and took it to Kyegegwa Hospital for further post mortem,” he explained.

Kibwetere was also arrested and subjected to medical examination. He was found to be normal and well oriented, and is to be charged with murder.

“The incident above shows that there are people in society who have lost the sense of humanity and respect of others. We continue to advise partners in a toxic or violent domestic setting to always seek help from the Child and Family Protection Unit, the nearest Police Station, Probation offices or NGOs advocating for family rights when it is still early. Remember it is your life and not any others,” Enanga advised.