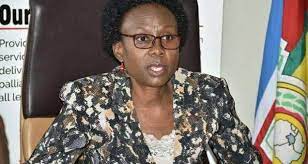 The Minister for Health has revealed that government will start the implementation of the malaria vaccine at end of 2023.
Dr. Ruth Aceng made this revelation while responding to prayers in a motion urging government to strengthen efforts to prevent, control and eliminate transmission of malaria in Uganda.
“We are ready for implementation of the malaria vaccine. It may be introduced at the end of next year and is mainly for children. It is not 100 per cent effective but we appreciate that it could bring the burden of malaria down,” Aceng said.
She added that the money that is spent on malaria is currently donor funded and from partnerships.
“We spend over US$120 million on malaria treatment annually with majorly donor support. We have also gone into partnerships with the private sector and Rotary who support various interventions,” the Minister added.
While moving the motion, Jinja South County West Member of Parliament, Dr Timothy Batuwa said government needs to improve the health budget to support malaria.
“Malaria is responsible for over 30 per cent of the total outpatient visits and 20 per cent of all hospital admissions. We have seen a total of 20 million cases and a death toll of 30,900 people in 2020 alone including over 70,000 children under five years,” he said.
He added that, “appreciating the efforts taken by government in the fight against malaria, the 2000 Abuja Declaration, in particular goal three seeks to have good health and well-being with goal targets which include ending malaria epidemic by the year 2030’.
Sarah Opendi, Tororo District MP said that malaria is the leading killer disease in Uganda.
“The WHO 2020 report indicates that 30,000 people have died of malaria in Uganda. Efforts have been made by the ministry on sensitization of the public about malaria but the challenge is limited funding for interventions to deal with the disease,” Opendi said.
Pingire County MP, Fred Opolot said there is need to fast track the Malaria Control Bill.
“This Bill needs to have a chapter which will establish a fund known as the Presidential Malaria Trust Fund Uganda whose objective will be to secure predictable and sustainable means of procuring goods and services for malaria prevention and treatment,” he said.