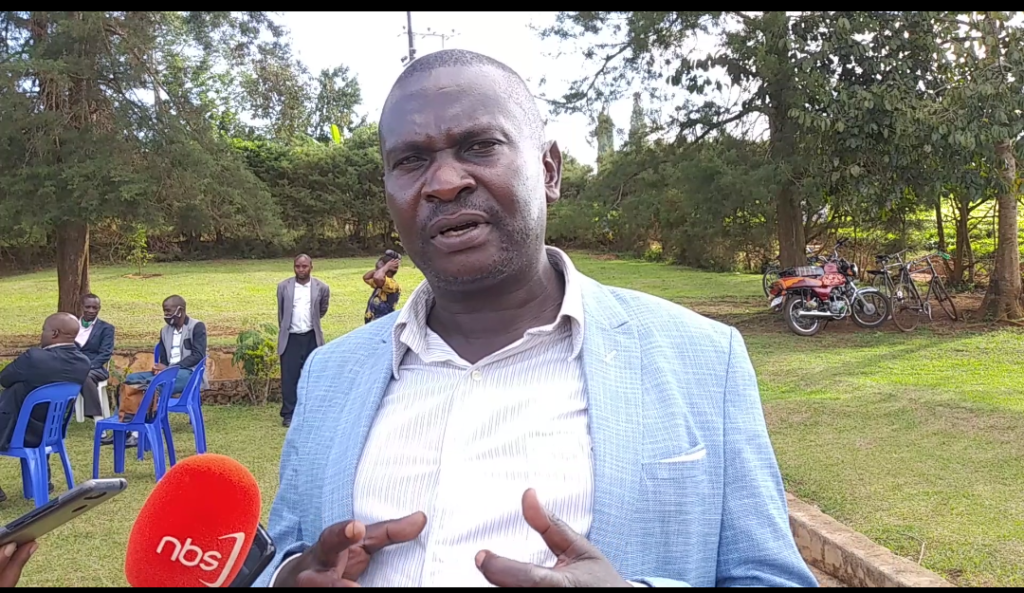 Amos Wambede a senior five student who was elected as councillor for Mugomba parish in Mpatta subcounty Mukono district, has been given a two years full bursary by Kyagwe county in connection with Ntenjeru parents high school.

Wambede’s victory did not go well with his father Mr. Madanda Moses 58 because the candidate he defeated was his father’s friend Mr. James Wasawa Ntege who stood on NRM ticket.

Since then there developed a sour relationship between Wambede and Mr. Madanda, his father who opted not to take him back to school, reasoning that his son being elected as a councillor he can support himself to get school fees.

After getting his admission letter from Ntenjeru parents high school, Wambede thanked Buganda kingdom for supporting him in his education, he promised to perform well so that he doesn’t disappoint his funders.

“I thank the Kabaka for supporting me despite the fact that I am not a muganda, I thank the media for publicity, it was your publicity that these people spotted me.”  Said Wambede.

John Mwesigwa the Ntenjeru parents high school director, reported that it’s the school’s passion to support desperate, talented and bright children in order to fight illiteracy in the Kingdom and the country at large.

The Kyagwe county chief Lubanga Mulembya, lashed out to mr. Madanda for his barbaric acts of denying his son a chance to study.

“I think the father of this boy would be proud and happy because of his son’s victory therefore I call upon him to support his son because leadership is a talent.” Said sekiboobo.

Kyagwe County Chief Lubanga added that the county is committed to sponsor Wambede to the university so long as he performs well after UACE.

Wambede who stood as an independent leaning on people power wave, he garnered 258 votes against the incumbent James Waswa by 206 votes.