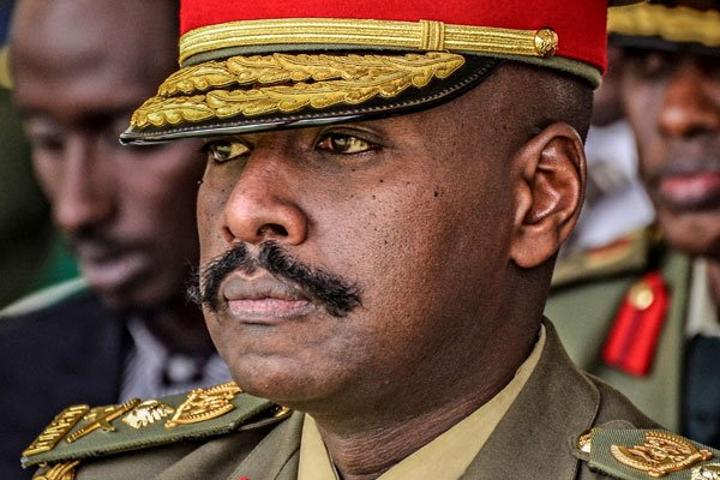 First son and Commander of UPDF Land Forces Lt Gen Muhoozi is Uganda’s tweeting general. Some of his tweets have been described as controversial because of how much they touch on issues of diplomacy and security that serving officers of the national army and cautious politicians would rather keep to themselves.
Today, Lt Gen Kainerugaba left Kenyans ‘cursing’ when he talked of the UPDF’s ability to capture the capital Nairobi within two weeks.
He then asked his followers to suggest the place he should live once the Ugandan army has captured Nairobi.
“It wouldn’t take us, my army and me, two weeks to capture Nairobi,” wrote Lt Gen Kainerugaba, the man who also advises his father Gen Museveni on special operations.
“I’m happy that members of our district in Kenya, have responded enthusiastically to my tweet. It’s still two weeks to Nairobi! After our army captures Nairobi, where should I live? Westlands? Riverside?”
He continued with his series of tweets.
“My Kenyan brothers, we are going to be one country. Any war against us will end quickly!” he said in one.
In the following one, he talked of colonizers and borders, before reminding them of the vision for unity as drummed by Kenyan founding president Jomo Kenyatta, whose son recently handed over office to William Samoei Ruto after he served his two terms as president.
“The borders that were established by the colonisers mean nothing to us revolutionaries. Nairobi!” he wrote.
“He [Jomo Kenyatta] ordered us to remain one people! We will fight for his vision!”
In yet another tweet, Muhoozi sounded happy to have scared Kenyans, somehow!
“I’m glad that I have scared you Kenyans a bit! Two weeks is long. Nairobi in one week for sure! Aided by my brothers from Carnival!”
But Kenyans were unhappy with Muhoozi and expressed their disappointment with the Ugandan first son. Here are some of the reactions:
Realizing that a number of Kenyans on Twitter (KOT) were hurling insults at him and his father, Muhoozi said he had pardoned all those who had responded bitterly.
He also revealed that his father Gen Museveni had warned him against attacking Kenya.
“KOT, I forgive you all for the insults you have hurled against me. Please let’s work together to make East Africa great!” continued Muhoozi.
“I would never beat up the Kenyan army because my father told me never to attempt it! So our people in Kenya should relax!”
It should be remembered that Muhoozi also told Bobi Wine (whom he called Kabobi) “we will never allow him (Bobi Wine) to become Uganda’s President.”