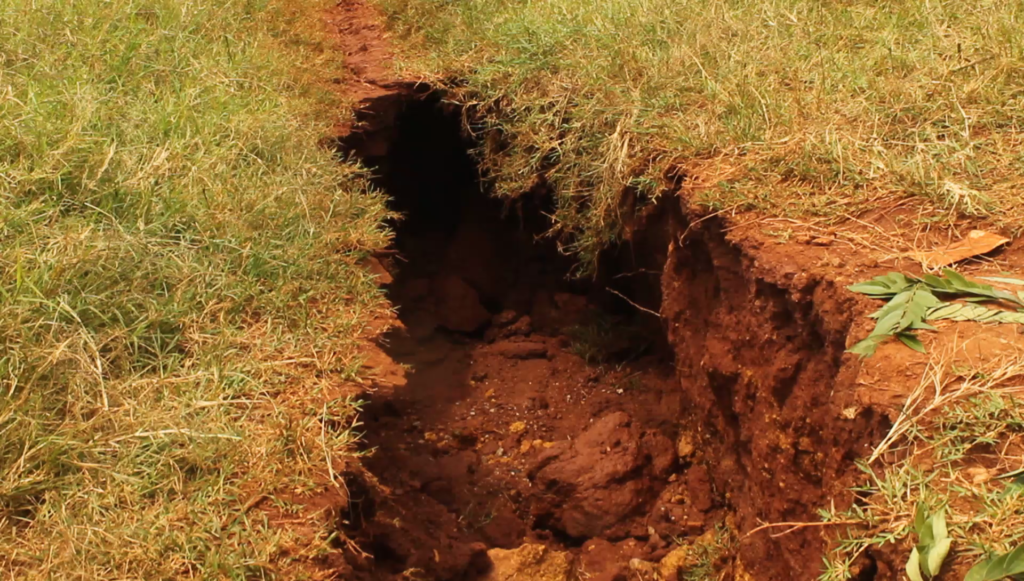 Over ten Residents of Naluwala village in Kisoga – Ntenjeru town council in Mukono are crying foul after pipes transmitting water from Katosi water plant exploded and their crops and roads was damaged.
The damage included newly planted crops such as vegetables, corn washed away, sweet potatoes submerged and onion fields covered with water and a resident’s house was flooded and damaged.
Besides crop destruction, some access is blocked by the ditches created by the water explosions and vehicles cannot access the village of Kituuza, the cracks created in the roads has also caused tension to the public.
Among the affected was Ssemakula Richard who said all his crops have been flooded and he said it is not the first time his property has been flooded.
“I have written to NWSC to work upon the channel that drains the water from the pipes whenever they are repairing, the water ends in my garden field and they have not compensated me”
The residents wondered why such deadly things happened on the project that has consumed billions of Euros and on top that the project has just been officially handed over to the government they called for a serious scrutiny in the matter.
Leaders including Kisoga-Ntenjeru town councilor Rehemah Namuyanja said it was regrettable that the crops of her residents were damaged and the seeds they were sowing were not cheap.
Water spokesperson Samuel Epadel said the department would reach out to the area, investigate and compensate the victims.
This new water project has just been handed over to NWSC on behalf of the government by contractor Sogea Satom but such cases have so far occurred twice.
The first incident occurred in Sonde and over 10 houses where damage and up to now the victims are still demanding their compensation,