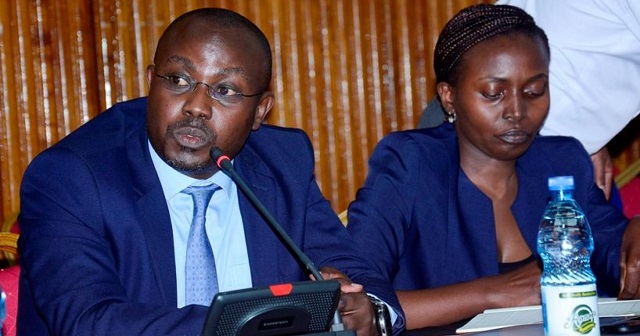 The board chairperson of Uganda Vinci Coffee Company Limited, Enrica Pinetti snubbed Parliament’s Trade Committee which had invited her to explain an agreement signed with government to process coffee.
The company was instead on Monday represented before the committee by the company secretary, Moses Matovu, the company legal advisor Patson Arinaitwe and lawyer Anna Itaza.
The absence of the Italian investor didn’t go well with MPs who questioned her action, also noting that she had previously snubbed invitations by Parliament in regard to the stalled Lubowa Specialized Hospital project.
According to a coffee document dated February 10, 2022, Ramathan Ggoobi, the Secretary to Treasury signed on behalf of government while Enrica Pinetti, the board chairperson of Uganda Vinci Coffee Company Limited signed on behalf of the company.
The company was given free land in the Industrial and Business Park at Namanve measuring 27 acres after it indicated its capability of establishing a coffee processing facility in Kampala. It will be given exclusive rights to buy all Uganda’s coffee and its concession will end in 2032, but subject to renewal.
The company agreement with government has provisions to exempt the Vinci Coffee Company from paying taxes including Income tax, Pay As You Earn, Excise duty, and NSSF. This document has provisions that seek to subsidize this company giving them a special tariff of 5 cents per unit in terms of electricity.
Trade Committee chairperson Mwine Mpaka tasked delegates to explain the absence of Enrica Pinetti, and the company secretary Moses Matovu said that she had a meeting with President Yoweri Kaguta Museveni at State House and could not attend.
Matovu said that he is vested with knowledge of the agreement and that this agreement is not with Pinetti but the company.
Joseph Ssewungu, the Kalungu West MP said that the committee needed to interact with the board chairperson of the company and not anyone else. Francis Mwijukye, the Buhweju East MP also said that it was fortunate that Enrica is in the country noting that she needed to appear before the committee personally.
Mpaka said that they would be proceeding well to interact with Vinci company and if MPs are not satisfied with the presentation, the committee would then summon the directors to appear on Tuesday.
Insistence from the committee members for the company directors to appear forced Mpaka to direct the committee clerk to summon the directors of Uganda Vinci Coffee Company Limited to appear on Tuesday.
Meanwhile, Abed Bwanika, the Shadow Minister for Agriculture who raised the issue on the floor of Parliament earlier this month asked the committee to recommend a cancellation of the agreement and hold accountable the government officials involved.
He noted that the agreement was in contravention of the Constitution, the National Coffee Act and other laws. Bwanika was in the company of other Opposition MPs including Mityana Woman MP Joyce Bagala, Mawogola South MP Gorreti Namugga and Mityana South MP Richard Lumu.
The former presidential candidate said that the agreement needed to be cancelled so that Ugandans who earn their livelihood from coffee are protected.
In his petition to the committee, Bwanika said that the agreement was discriminative to Ugandans and seeks to alienate coffee farmers, and that the exemption of taxes is very disturbing and needs parliament to look in the impact on the economy.
Bwanika also says that there is no evidence that the Vinci company has experience in processing and exporting coffee and that giving the company authority to determine coffee prices contravenes Section 52 of the National Coffee Act, 2012 which gives the mandate to Uganda Coffee Development Authority.
These same issues were raised by Bwanika before Parliament and this led to the directive by Speaker Anita Among for the committee to investigate the matter and report back to parliament.