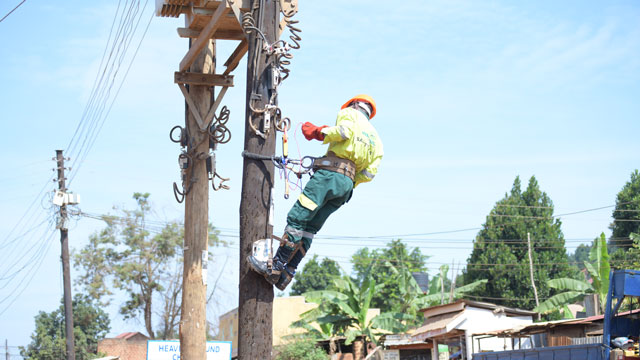 The attention of the Ministry of Energy and Mineral Development (MEMD) has been drawn to the increased vandalism of the electricity infrastructure. For a while, the vice occurred randomly within isolated black spots but on a small scale.

However, the scale and scope of vandalism have intensified into a systematic and well-coordinated organised crime syndicate. The increase in the vice’s magnitude affects completed lines and ongoing projects.

Over the weekend, two 132kV transmission lines from the Jinja-based 180MW Nalubale and 200MW Kira Hydropower Plants were vandalised, leading to extensive power blackouts in Central and Western Uganda.

The 132kV Owen Falls-Lugogo Transmission Line was vandalised at Kivuvu village in Mukono district, leading to four towers falling on the ground on Saturday, November 12, 2022, at 00:36 hours.

Subsequently, the Owen Falls-Mukono North-Mulago Transmission Line was also vandalised at Nasuuti village in Mukono district, leading to one tower falling on the ground on Sunday, November 13, 2022, at 01:10 hours.
Impact of vandalism
The rampant vandalism of electricity infrastructure remains a major impediment to delivering quality and reliable power supply, especially to critical sectors such as Health and Manufacturing. It equally increases power project development costs, frustrates efforts to expand the Grid and accelerate access to electricity services for all Ugandans, and has overall effects on the Economy.

Besides, over Ushs.2 billion is spent annually to replace vandalised power lines, on average. Replacing the five newly vandalised transmission towers will cost Uganda Electricity Transmission Company Limited (UETCL) over Ush.1 billion (over Ush.200 million each).
Remedial action
1. The sector has been forced to commence power load-shedding of about 104MW, effective

2. The 220kV Bujagali-Kawanda evacuation line is temporarily being used to partly evacuate Nalubale and Kira power plants alongside Bujagali and Isimba power plants.

3. Switched on the expensive 50MW Namanve Thermal Power Plant, which is always on standby for emergencies.

4. UETCL is constructing temporary structures to restore the faulted transmission lines – which are estimated to be completed by November 18, 2022.
Measures to curb vandalism
1. The Ministry shall heighten collaboration with Security Agencies to investigate, arrest, and prosecute vandals before the courts of law.

3. The Ministry has also established a Multi-Sectoral Security Coordination Committee comprising MEMD and its Agencies; the Ministries of Defence and Veterans Affairs; Trade, Industry and Cooperatives; and Internal Affairs; the Uganda Police Force and sister security agencies. Spearheaded by MEMD, the Committee regularly meets to review progress made in implementing anti-vandalism measures that include, among others, an operation led by the Police and awareness of communities.

4. The Ministry of Trade, Industry and Cooperatives has been tasked to make regulations for the scrap industry following investigation reports that vandalised electricity materials are traded to scrap dealers.

6. We applaud the residents of Kyamujundo village in Kakumiro district led by their LC 1chairperson,who arrested a man found vandalising a transformer serving their village today morning on November 15, 2022.

Therefore, the Ministry appeals to the general public to desist from acts of vandalism of Electricity Infrastructure to enable the Government to deliver affordable and reliable electricity to all Ugandans effectively. We urge the communities to report the culprits to the nearest Police station or call the Electricity Regulatory Authority’s Hotline: 0200 506 000.