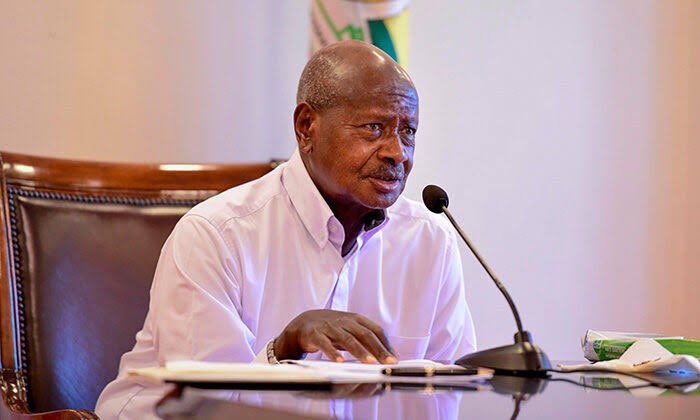 President Yoweri Museveni has apologized to Kenya for the embarrassment caused by tweets by the First Son, Gen Muhoozi Kainerugaba .
Gen Kainerugaba, in a series of controversial tweets Monday, said he would only need two weeks with his army to capture Kenya’s capital, Nairobi.
“It would take us, my army, and me two weeks to capture Nairobi. After we capture Nairobi, where should I live? Westlands? Riverside?” he tweeted
He added, “I am happy that members of our district in Kenya have responded enthusiastically to my tweet. It’s still two weeks to Nairobi.”
He later appeared to blame retired President Uhuru Kenyatta for not contesting for a third term in the August 2022 polls won by his former Vice President William Ruto and suggested that he should have changed the Kenyan constitution to remain in power.
“Haha! I love my Kenyan relatives. Constitution? Rule of law? You must be joking! For us (Uganda), there is only the revolution and you will soon learn about it!”
The comments have since left many people’s tongues wagging as they threatened to create a diplomatic row between the two brotherly and neighbouring countries.
Gen Muhoozi has since been dropped as the UPDF commander of the Land Forces.
However, in a statement released on Wednesday 5, President Museveni apologized for the inconvenience the tweets caused to Kenyans.
I ask our Kenyan brothers and sisters to forgive us for tweets sent by General Muhoozi, former Commander of Land Forces here, regarding the election matters in that great country. It is not correct for public officers, be they civilian or military, to comment or interfere in any way, in the internal affairs of brother countries,” Museveni said.
According to the president, the only available legitimate forum is the Peer Review Mechanism of the African Union or confidential interactions among heads of state, East African Community and the African Union for a and not public comments like Muhoozi did.
He insisted that although Muhoozi is a “passionate Pan- Africanist”, social media was not the correct forum for discussing such matters, especially for a public officer.
“Very sorry, ndugu zetu Wakenya. Also sorry to the Ugandans who could have been annoyed by one of their officials meddling in the affairs of brother Kenya.”
Museveni said he has since conveyed all these views confidentially to President Ruto.
The Ministry of Foreign Affairs on Tuesday 4, washed its hands clean of Gen Muhoozi’s controversial tweets saying the Ugandan government doesn’t conduct its business through social media.
“The Ministry of Foreign Affairs wishes to clarify that the government of the Republic of Uganda doesn’t conduct its foreign policy and other official business through social media nor does it depend on social media sources in dealing with other sovereign governments,” the statement said in part.
It should be remembered that it will not be the first time Muhoozi’s social media outbursts have landed him in trouble with the president.
In July this year, President Museveni told the army council sitting in Entebbe that such uncontrolled communication can create enemies for Uganda.
“Especially where it involves other countries, it can have the effect of damaging our export opportunities and also causing unprincipled divisions among us,” Museveni said in July.