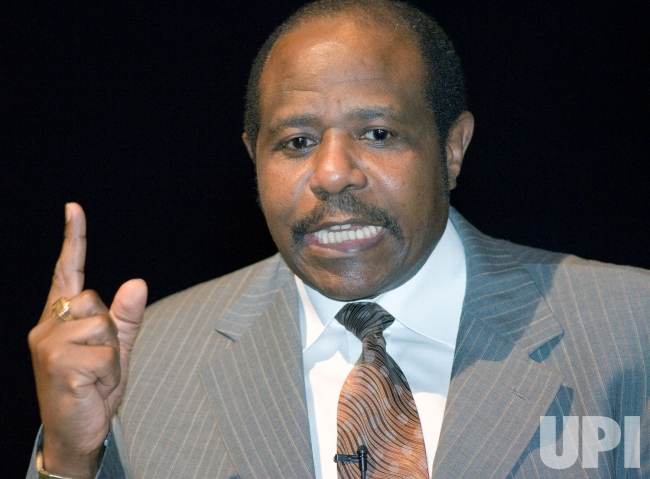 As the manager of a five-star hotel where 1,268 people sheltered from the 1994 genocide in Rwanda, Paul Rusesabagina was known for his cool head — a quality that kept the killers at bay, helped ensure that all his guests survived, and led to an Oscar-nominated movie, “Hotel Rwanda,” that brought his story to a global audience.

Now Mr. Rusesabagina is back in Rwanda, but this time under arrest, in a spartan cell in Kigali’s central police station, where he sleeps in a simple bed draped in a mosquito net. He still cuts the figure of an unruffled hotelier — pressed blazer, white shirt, polished loafers — even as he wrestled with how to explain the latest twists of a life story that threatens to outdo even its Hollywood version.

Not long ago Mr. Rusesabagina, 66, was the toast of America, feted by Oprah Winfrey, awarded the U.S. Presidential Medal of Freedom and earning large fees for his speeches around the world — a human rights icon who warned about the horrors of genocide and offered a living example of standing up to it.

Now he finds himself in a country he vowed never to return to, at the mercy of a president who pursued him for 13 years, and preparing to stand trial for murder, arson and terrorism.

“How I got here — now that is a surprise,” he said with a wry smile, in a jailhouse interview this past week, with two Rwandan government officials in the room. “I was actually not coming here.”

The tale of how a Hollywood hero went from celebrity human rights ambassador to prisoner speaks to the predicament of Rwanda, the small African country where as many as one million people died in 1994 in a grotesque massacre that became the shame of a world that did not intervene to stop it.

A quarter century on, the genocide still casts a long shadow inside Rwanda, where the truth about how it unfolded is bitterly contested.

In the aftermath, Rwanda was stabilized under the firm hand of Paul Kagame, a rebel leader turned president who became the darling of guilt-ridden Western countries. Mr. Kagame won powerful allies, like Bill Gates, Tony Blair, and Bill and Hillary Clinton. Donors lavished aid on his government, which cut poverty, grew the economy and promoted women leaders.

Now, Rwanda is also known as an authoritarian state where Mr. Kagame exerts total control, his troops are accused of plunder and massacres in neighboring Congo, and political rivals are imprisoned, subjected to sham trials or die in mysterious circumstance Foremost among those critics is Mr. Rusesabagina, who leveraged his celebrity as the world’s most famous Rwandan to launch scathing attacks on Mr. Kagame, gradually transforming from activist to opponent to, as the government now alleges, a supporter of armed struggle.

Mr. Rusesabagina was a leader of a coalition of opposition groups, all in exile, that includes an armed wing. In an address to those groups in 2018, recorded in a video now widely circulated by the government, Mr. Rusesabagina says that politics has failed in Rwanda. “The time for us has come to use any means possible to bring about change,” he said. “It is time to attempt our last resort.”

From prison, he said his group’s role was not fighting, but “diplomacy” to represent the millions of Rwandan refugees and exiles.

“We are not a terrorist organization,” he said.

Experts say his situation is emblematic of Rwanda under Mr. Kagame: As the ruling party totally dominates the political space, some exiled opponents have turned to more extreme measures.

s at home and abroad.