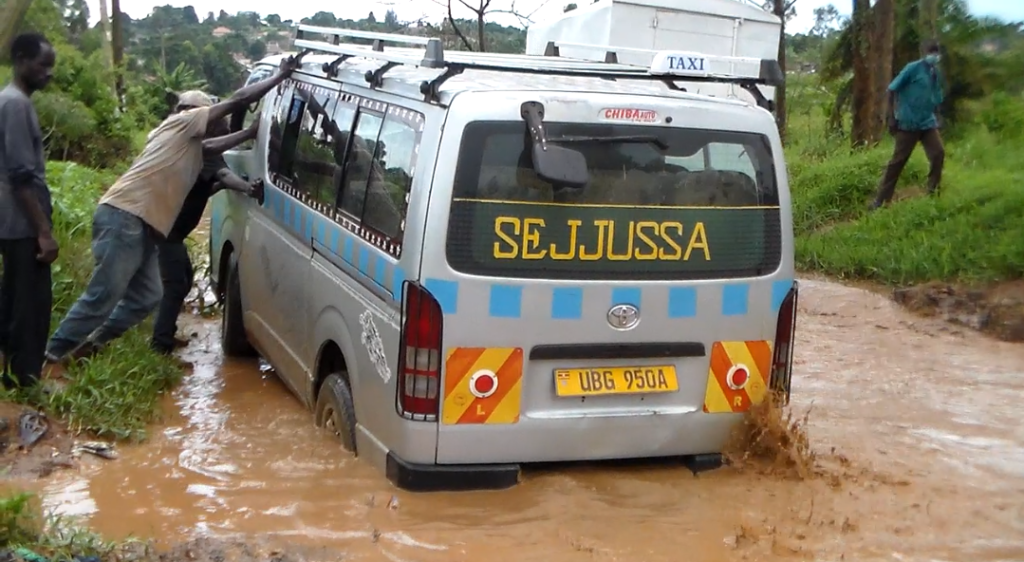 The highly affected roads are, Namuyenje-Kyawambogo road, Lweza -Nabuti road, Wantoni -Namubiru road where a bodaboda cyclist narrowly survived death after he was taken by running water he was rescued by the residents.

Some motorists told nile post that their vehicles have experienced mechanical breakdown because they were almost submerged into the water.

“On the jinja-Kampala road there is an overwhelming traffic jam. We normally use this access road as an alternative to avoid traffic jams, now I have to incur mechanical expenses due to this water that spoiled the engine,“said Kalule Paddy, a taxi driver.

“Whenever it rains we suffer because most of the roads are impassable as if we don’t pay taxes; most of the culverts were washed away by running water from Mukono Town,” Mr. Kalyango Isaac said.

The residents put the blame of shoddy work on the current municipality leadership, “There is mass encroachment on wetlands, people are constructing houses and factories in wetlands, blocking waterways and engineers and planners are looking on,” said residents.

The residents appealed to municipality leaders to repair the roads immediately to enable them a smooth transportation of their agricultural produce to the markets.

However we talked to road construction expert, Eng. Enoch Kalema lashed out at some people who blamed the contractor whenever such circumstances happened.

“Government normally sends enough funds to do it’s work to the district local government and municipalities but on the way half of the money is lost in thin air,” Kalema said.

Mukono municipality mayor George Kagimu in his response, revealed that currently Mukono municipality has no funds to buy the fuel that runs the road construction machines, therefore he asked the government to avail them funds so that they rehabilitate the affected roads.

Kagimu added that it’s everyone’s responsibility to keep away from building and dumping garbage in wetlands because it’s the main cause of flooding on most of the roads in Mukono municipality.