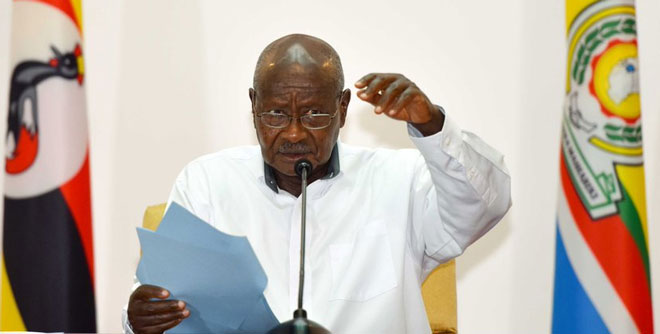 President of the republic of Uganda His Excellency Yoweri Kagutta Museveni yesterday during his state of national address at state lodge entebbe said he last ate rice in 1978 as he had gone to fight the then so called dictator (Amin Dada) who was later forced into exile in 1979 and ended his regime, President Museveni went ahead and said he last ate bread 15years ago. Museveni said this while in his state of national address yesterday about Ebola. Museveni emphasized all Ugandans to keep calm as the state is doing its best to curb the virus.