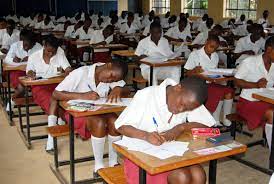 The finalists had their briefing on Friday, March 26, ahead of their national examinations on Tuesday.

The briefing was conducted by the schools’ respective headteachers who took the candidates through the dos and don’ts during the two-day exercise.

The candidates have started off with Mathematics at 9 O’clock and will sit Social Studies & Religious Education papers later on Tuesday afternoon before winding up with Integrated Science and English on Wednesday.

Last week, Mr Dan Odongo, the Uneb executive secretary, revealed that they registered more candidates in the most turbulent times when schools were abruptly closed in March 2020 over coronavirus outbreak and reopened in a phased manner seven months later starting with the candidate classes.

Mr Odongo said Primary Leaving Examinations (PLE) candidature increased by 7.8 per cent and are trying to establish why the numbers went up by almost 50,000 pupils. “I am only worried about these two days of PLE. The weather has been good so far. We are on our knees asking the Almighty to spare our candidates. About 50, 000 more candidates for PLE registered. People were fearing they will drop out because of Covid-19 and lockdown but it didn’t happen. We were surprised to have such a huge candidature. The increase is larger than the normal years. We have decided to do a study and see what is the cause of this,” Mr Odongo said in an interview.

“We have also heard some parents are registering their children who were in P6 because they are already growing up. It is possibly true because the increase in candidature for girls is quite significant. About 53 per cent of the candidates are girls and boys are 47 per cent. Our research department is trying to analyse the data to see what exactly happened,” Mr Odongo said