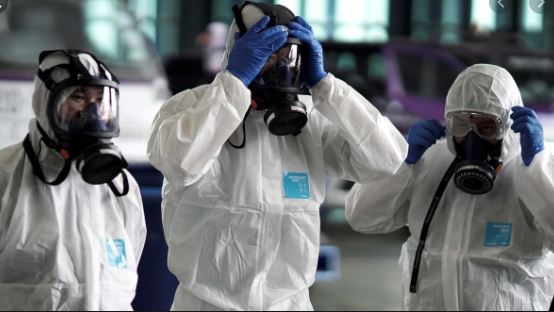 Untold fear has gripped people in Koboko district after a suspected coronavirus woman died in her isolation room Wednesday night.

It is said that the suspect was picked up on Saturday by Koboko District surveillance medical team from her home after developing Covid-19 signs and symptoms such as general body weakness, sore throat, and headache. She however passed on before her results were released.

Dr Denis Oloya, the acting District Health Officer, said the woman was picked up from her home in Arabanga Village, Degimba Parish after getting information from the locals.

“On Saturday, the team, after getting the information, we were able to arrange the laboratory team, the chipping equipment and transport to go and pick the suspect in her home; we picked her samples and sent to Uganda Virus Institute. But unfortunately, she died in her room,” he said.

Dr Oloya said to avoid risks and exposing people to the suspect, whose status have not yet been known, the medical burial team took it up to bury the body and all those (five in number) who were in close contact with her have been picked up and isolated.

Tracing from her previous health history, Dr Oloya said the woman had a miscarriage some weeks before. “This is why she could have developed some complications after having miscarriage,” he added.

He, however, expressed concern over the continuous entry of foreigners from neighbouring countries such as South Sudan, and DR Congo through some of the ungazetted borderlines which he said will put lives of people at risk.

Currently, Koboko District is isolating 11 people, two of which are Covid-19 suspects. So far, one of the results came out negative.

Three Congolese, one south Sudanese and five others came in close contact with the deceased.

Capt. Yahaya Kakooza, the Resident District Commissioner, called for calmness among the locals as the district health team and leaders still wait for the results from Uganda Virus Institute.

“Let us be calm. We have not said she died of Covid-19 but she is a suspect who developed some signs and symptoms, and perhaps this is a woman who had miscarriage some time back so all these complications could account for her sudden death not necessary Covid-19,” Capt. Kakooza said.

It should be noted that Uganda has so far confirmed 53 cases of Coronavirus and more tests are being carried out on people currently in quarantine.